Last week, California became the first state in the country to require solar panels to be installed on homes. The regulation, which goes into effect in 2020, would affect all new single-family homes and small apartment buildings. However, the plan has been met with skepticism from some experts in the fenestration and energy fields who say that emphasizing better windows or  using larger solar and wind arrays would be much less costly in the long run. 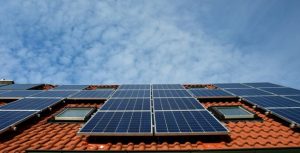 Solar panels will be required on nearly all new residential construction starting in 2020.

The changes aim to ensure that new residential construction is net zero energy by 2020. Net zero means the building consumes only as much energy as can be generated by on-site renewable energy systems.

In addition to the new solar mandate, California’s Title 24 regulations for 2020 will require the residential U-factor for windows to be 0.30 and the solar heat gain coefficient to be 0.23.

“Solar panels, even in California, have a 20-year return on investment,” he said. “California would have been much better off mandating Energy Star Most Efficient products.”

At the American Architectural Manufacturers Association (AAMA) conference in Orlando, Fla., in February, Seiling said the window industry needs to address this issue by clearly differentiating “net zero energy” homes from other, more stringent whole-house rating systems because of the expenses related to solar panels.

“We must get the message out that replacing windows can be much better and more cost-effective than adding solar panels,” he said.

Severin Borenstein, an energy economist with the University of California-Berkeley, recently wrote a letter to California Energy Commission chair Robert Weisenmiller about the expense of rooftop solar panels.

“I want to urge you not to adopt the standard,” Borenstein wrote on May 9. “I, along with the vast majority of energy economists, believe that residential rooftop solar is a much more expensive way to move towards renewable energy than larger solar and wind installations. The savings calculated for the households are based on residential electricity rates that are far above the actual cost of providing incremental energy, so embody a large cross subsidy from other ratepayers. This would be a very expensive way to expand renewables and would not be a cost-effective practice that other states and countries could adopt to reduce their own greenhouse gases.”

Solar panels could add up to $10,000 to the cost of a new home in California, a state that has some of the highest real-estate costs in the country.