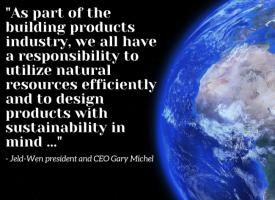 More than 50 years ago today, 20 million Americans took to the streets, across college campuses and hundreds of cities, “to protest environmental ignorance and demand a new way forward,” say officials for earthday.org. The activities of that day helped to spur the passage of new environmental laws in the U.S., they say, including the […]

DWM magazine has compiled a list of manufacturers who offer high-performance windows, to serve as a resource for both the industry and the end consumer. 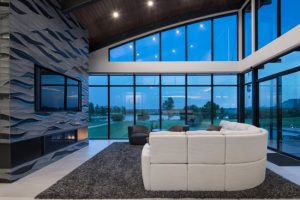 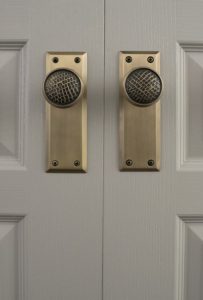 An Alternative to Aluminum 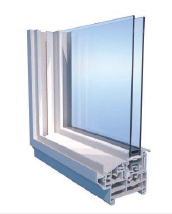 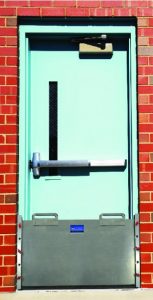 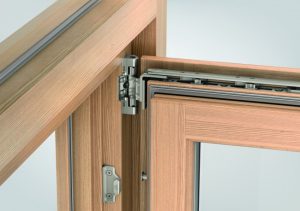 A Very Real Bright Side

If you have attended any keynote speaker address in recent years you have probably heard some version of the phrase, “nobody likes change.” Many industries are reluctant to change and I think you could argue that this is particularly true on the distribution side of mouldings and millwork. The sometimes “old-school mentality” is one that’s […]

Show These Boys How It’s Done

My 11-year-old daughter is a home design and renovations junkie. (My wife constantly reminds me how close the apple fell.) She started using 3D architecture and home design apps when she was just 10, and, if you let her, she will sit for hours designing homes from the ground up, mulling over every tiny detail. […]

With concerns over COVID-19, many door and window companies canceled their traditional sales meetings, typically held during the winter months, to prepare their sales group for the kickoff of the spring selling season. Suddenly spring is already here, and the fenestration selling season has begun. Demand in the fenestration industry is so strong these days […]

This year has shaped up to be a time of great change—change that is causing upheaval everywhere and is part of a process. During these times, we have great hope in the future of our communities and companies, even though much of what is reported is negative. Positive optimism is the cure for these negative […]

BTR Might Not Mean Better for Door and Window Market

The fast-growing build-to-rent market could alter your sales Just as a duck’s gentle crossing of a pond hides the intense paddling going on beneath, the placid glide in total new home starts conceals significant churn in how those numbers add up. In housing’s case, the unseen propellant is single family homes built with renting in […]

With David Rascoe a Pioneer of the Window Industry is Lost

The window industry recently lost a pioneer and entrepreneur. It also lost a terrific person.  David Rascoe, the former president of Thermal Industries, recently passed away after a long and valiant fight with amyotrophic lateral sclerosis (ALS). When David was diagnosed with ALS, he did as he had for his entire life—he thought of others. […]

Lessons From the Tank
By Joe Altieri
President
FlexScreen

I wonder how Jamie Siminoff, CEO of Doorbot, felt in 2013 when he appeared on Shark Tank, was rejected by four out of five Sharks, and offered a less than attractive deal from Kevin O’Leary, which he turned down. That kind of showing would seem to be a pretty reliable indicator that you may want […]

It All Starts with the Proper Foundation

You’ve heard all of the quotes and thoughts about having a proper foundation. It’s no less important to our foray into local digital marketing. Turns out that creating the right foundation as a bedrock for these efforts is something that you can do without relying on (or paying) someone else. It’s also the “easiest.” As […]

For most of my time in the window business, I have seen some manufacturers increase prices annually and others at least every 24 months. These increases are generally for reasons such as inflation, raw material increases or aging workforces, which increase the cost of benefits. Those reasons made more sense to me, even if some […]

S.A.L.E.S. Is Not a Dirty Word
By Dave Yoho
President
Dave Yoho Associates

Closing the sale isn’t something that happens at the end of a presentation or after you’ve quoted the price. It is an ongoing process that is introduced upon your first contact with a prospect. Imagine if you knew what the prospect was really thinking, what their future plans for their home were, or the extent […]

Practical Tips for Getting the Most Out of an Automated Line

To a window manufacturer that’s struggling to keep employees on the shop floor, the benefits of automation have been clear for a while. And as our collective labor struggles continue, my sense is that continued investment in automation will be occurring for the foreseeable future, even as lead times for equipment continue to stretch across […]

It’s exciting times for the National Fenestration Rating Council (NFRC). As we closed the month of March with a successful Spring Committee Meeting, we heard about innovative, long-term technological progress for fenestration and short-term anticipation, as the U.S. economy begins to normalize after the COVID-19 pandemic. In addition to carrying out committee business, our virtual […] 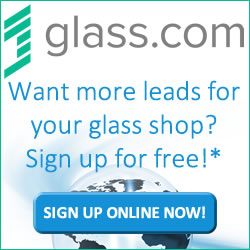 More than 50 years ago today, 20 million Americans took to the streets, across college campuses and hundreds of cities, “to protest environmental ignorance and demand a new way forward,” say officials for earthday.org. The activities of that day helped to spur the passage of new environmental laws in the U.S., they say, including the […]

After the National Association of Home Builders (NAHB)/Wells Fargo Housing Market Index (HMI) showed a slight dip in builder confidence in March, data from the U.S. Census Bureau shows a rise in building permits issued for the same month, along with a sharp year-over-year increase. In March, officials for NAHB pointed to material costs and […]

American Jobs Plan Calls for $213 billion in Building and Retrofitting

With an eye on U.S. infrastructure, environmental protection and competition with China, President Joe Biden debuted the American Jobs Plan in recent weeks, calling on Congress to place significant investments into rebuilding the U.S. economy. As the second part of a presidential agenda labeled “Build Back Better,” the plan focuses on job creation and improvements […]

The National Fenestration Rating Council (NFRC), which rates the energy-efficiency of windows, doors, and skylights (also known as fenestration products), has invited Door and Window Market Magazine to share its forecast for the 2021 door and window industry at its Spring Committee Virtual Meeting from March 29-31, 2021. Research Director Nick St. Denis will discuss […]

After canceling its annual user conference last year and offering users a virtual user conference in May 2020, FeneTech Inc. is again planning to provide a free virtual conference for their customers worldwide. Initially, the U.S. conference was scheduled as an in-person meeting on June 7-9. Both FeneTech US and FeneTech Europe have decided their […]

After an early decision to go virtual six months ahead of the event, officials for Fenestration Canada say they’re pleased with the results for Marketplace by WinDoor. Watch our video review, including how this has them thinking about the show’s future and possible upsides following COVID-19. Youtube Link