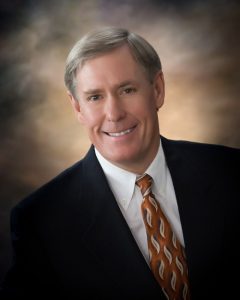 Nick Carter, president of WoodWare Systems and recipient of the 2020 Ron Taylor Award.

The World Millwork Alliance (WMA), a global trade association servicing the millwork industry, has named Nick Carter as the recipient of the 2020 Ron Taylor Award of Integrity and Commitment (RTA). The award recognizes individuals who have achieved the highest standard of the three key components associated with the RTA – Connection, Commitment and Contribution.

“It is our honor and privilege to present Nick Carter with the 2020 Ron Taylor Award. Nick represents the very best of our Association and the millwork industry,” says Rosalie Leone, WMA President and CEO.

Carter is the president of WoodWare Systems located in Cordova, Tenn. Since 1990, he’s grown the company into a leading millwork software business. In 2017, the company was a finalist for the Small Business of the Year Award for The Memphis Business Journal.

Carter volunteers with numerous groups and organizations and is committed to giving back to his local community. He has been actively involved in fundraisers for the St. Louis School and Church, as well as other area public schools in Memphis, and mentors students at JA BizTown, a program by Junior Achievement which combines in-class learning with a daylong visit to a simulated town. Carter volunteered for the annual FedEx St. Jude Invitational for many years, and regularly contributes to charity organizations, including the Special Olympics and the Memphis Union Mission. He continues to be highly involved with a Memphis Vistage group, a private advisory board working with company CEOs, executives and business owners.

A longtime supporter and member of World Millwork Alliance, Carter has been committed to supporting the progress and prosperity of the Association. He served as the 2009-2011 WMA Associate vice chairman, board of director, has chaired and served on numerous committees, is a long-time WMA exhibitor, a WMA Ambassador, and remains an active member in the organization.

Carter was named “Most Influential People in the Industry” award in 2007 by Shelter Magazine/[DWM], and will be honored as the 2020 Ron Taylor Award recipient during the WMA 2020 Virtual Conference, October 5, 2020.