Women in Construction Share Their Insights on the Industry

This week isn’t just the beginning of a new month; it’s Women in Construction (WIC) Week. In honor of the occasion, [DWM] is showcasing a few of the door and window industry’s women who continue to set examples for female success.

Kristi King, owner and recent founder of The Glass Guru in Clarksville, Tenn., says she started her business and chose the glass and window replacement industry because, as a home inspector, her husband frequently ran into bad insulating glass units. In some cases, those defects became urgent, she explains, because they held home buyers, sellers and Realtors from getting to the “closing table,” in order to complete transactions. When it comes to those instances, seal failure can be a deal killer, King says. “No one wants to sell or buy a home with a foggy or broken window,” she explains.

Although she enjoys being in an industry that she refers to as both exciting and challenging, King says that at times it’s difficult to be taken seriously in a field that’s dominated by men.

“One issue that I have seen is being recognized and taken seriously from a male-dominated industry, when trying to order glass from suppliers,” she explains.

Nonetheless, she isn’t second guessing her decision. If given the choice to start over, King says she’d stay put, partly because she enjoys helping people. King also notes the ease of working with the franchise through its continued support as a deciding factor.

“The Glass Guru has been an amazing franchise to work with and they have an extensive business model for their franchisees,” she says. “They continue to provide support on a daily basis if needed which is extremely beneficial.”

Starting as a machine operator in one of ProVia’s window production facilities, Rachel Watkins recently advanced to the position of customer service representative. So far as what drove her to enter door and window manufacturing to begin with, “Having family members that worked in the industry had a big impact on my knowledge of the position and understanding of what I was going into prior to starting the job,” she explains. The position also didn’t require a college degree and all training was provided on-site. “This was a deciding factor for me, as I did not have previous experience in the field or a college degree,” she says. 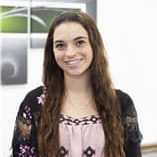 Watkins is just one of several women who suggest that more females should enter construction-related fields and manufacturing industries, where they’re more than capable of thriving, she points out. “I think it’s important that women continue entering the industry, because it is something women are very capable of excelling at, and most often the pay and benefits of working in the industry are excellent and your hard work will pay off,” she says.

Regarding her long-term outlook, high demand and the fast-growing nature of the industry are just two things that inspire her to stay put, as well as the allure of job security—one factor she says she values about her current position. But there have been obstacles to overcome along the way, Watkins admits, including the challenges involved in learning to operate machines and the importance of time.

“I had to learn how to operate machines and tools,” Watkins says—something she says she had no previous experience in. “It seemed overwhelming at first, but in time it became second nature,” she says. Another challenge includes work pace, as, “time is money in this field and you are expected to keep up,” she explains.

is regarded as, “a collaborative leader with a strong record of success,” explains Jeff Jackson, CEO and president for PGT Innovations—including nearly two decades of finance and accounting leadership, and a strong understanding of investor relations and manufacturing operations. Now Baker is using her experience to give back, as in recent weeks she was appointed to a three-year term on the board for Girls Inc. of Sarasota County, a nonprofit organization that prepares young women for leading successful, independent and healthy lives. “We are very excited for Sherri to join the board at Girls Inc. of Sarasota County,” says Angie Stringer, the organization’s president and CEO.

During her tenure, Baker will act as an advocate for the organization throughout the community, exercising fiduciary oversight, and participating in its long-range and strategic planning.

“This incredible nonprofit prepares young girls to be strong, bold, and independent, and lays a solid foundation of strength and confidence early in life to set them up for future successes,” Baker says. “I am an avid supporter of organizations that provide mentorship to females and am eager to contribute my knowledge to support the meaningful mission of Girls Inc.”

Regarding what Watkins would tell younger females entering construction-related industries, “If I could tell my younger self anything before starting the position, I would express that in this industry it’s important to remember its mind over matter,” she says. “At times, things can be challenging, and days are long, but your hard work does pay off. Always work your hardest and strive to do better each day.”