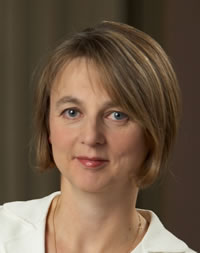 A running theme during the Window and Door Manufacturers Association (WDMA) Technical Conference yesterday and today explored the possibilities of windows in regards to energy efficiency for buildings overall. Helen Sanders, vice president of technical business development at SAGE Electrochromics, and Stephen Selkowitz, group leader for the Windows and Envelope Materials Group of the Building Technologies Department at Lawrence Berkeley National Lab, discussed current advancements and future projections in terms of energy saving within the window industry.

In a session entitled, “Say No to Small Windows,”  Sanders said that many consumers assume energy-efficient buildings have no windows but this a common misconception. She said in order to increase the energy efficiency of buildings, designers should implement daylighting methods to increase the admittance of natural light. Paired with automated controls, this can greatly reduce the amount of electric lighting being used.

“When you don’t have the building designed quite this way, you can actually degrade the performance,” Sanders said.

According to Sanders, the conventional view is that using no windows results in more energy efficiency. However, with data provided by glass suppliers including AGC, Guardian, Pilkington, PPG and SAGE and lighting control suppliers Wattstopper and Lutron, there is evidence to support that given the right solar heat gain coefficient (SHGC) and visible light transmittance (VLT), in addition to glazing technologies and the window-to-wall ratio, annual energy capital per building can increase greatly.

There are a lot of options including integrated facades such as lighting controls, energy-efficient fenestration employed with the light redirecting strategies and insulating dynamic facades such as low-E to dynamic low-E to triple pane low-E to highly insulated dynamic windows—each resulting in different levels of energy saving measurements.

“The more factors that are used result in less annual energy usage,” she said.

Sanders said that, based on the collected data, there is a 20 percent difference in energy usage with daylighting controls and additionally, there is evidence to support the concept that 40 percent is better than 30 percent in regards to window-to-wall ratios.

She said that building codes and standards discussion issues include factors such as window-to-wall ratio reduction, VLT and SHGC ratios, climate zone obstructions, shading and orientation, but the key concept to take away is that the “use of automatic lighting controls has a much greater impact than reducing window-to-wall ratio or glass choice and buildings with no windows have worse energy performance.” 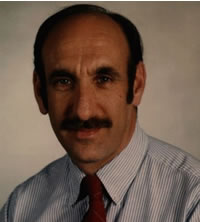 What concerned Selkowitz in his session, “Windows for the Next 30 Years,” was the future of windows and energy efficiency. Selkowitz said buildings are the biggest end use of energy within the U.S., about 40 percent, and 71 percent of that usage is electricity and 54 percent is natural gas.

“It’d be nice if there was something you could do to solve the energy usage,” Selkowitz said.

To start, he said windows have a big impact on energy use. In terms of climate change, energy and carbon emissions, the current reaction within the U.S. consists of the proactive, stagnant and deniers.

However, Selkowitz pointed out that in the last 10 years the U.S. has delved into green issues and carbon usage, and ultimately there seems to be a shift in usage. Based on a comparison of what it costs to save carbon versus energy sectors, production distribution and use, he said, “if you are efficient it pays back—if we lived in an economically rational world this question wouldn’t exist.”

“We’ve reduced the rate of growth but to meet the various 2030-2050 energy and carbon goals we need dramatic reductions never before achieved,” Selkowitz said.

A variety of goals have been set by companies, federal mandates, codes and other standards, he said. It has boiled down to a “threat or opportunity.”

According to Selkowitz, in terms of what factors affect the business and policies of energy in the U.S., there is a severe downturn in new construction markets. Future energy costs trends are unclear in regards to policy on carbon; technologies are reaching an inflection point that shifts from components to a focus in integrated systems; there have been updates to mandatory codes and standards such as new state federal energy savings requirements; and there are new performance disclosure requirements.

As for sentiments with windows, facades and daylighting, Selkowitz said there should be a vision to change windows from net loss to net supply, given the successes in U.S. window markets. He specifically pointed to positives such as that 2003 showed typical windows being 95 percent double glazed, 50 percent had low-E coatings and there was a 30-65 percent increase in energy savings compared to 1973. By 2030, he suggested future windows should strive to reach zero net energy use.

“The idea behind sensible building is to reduce energy as economically as possible,” Selkowitz said. “This concept is possible and the question is, can you do this on a large scale?” He says yes.

If the U.S. sets long-term goals of new cost-effective enhanced product options and if short-term goals increase savings with better use of existing product lines or tweaks to existing products, a zero net energy use becomes a more realistic endpoint.

Pathways to reaching net zero, according to Selkowitz, can be broken in two parts: Increasing the rate of adoption of existing or emerging technologies such as utilizing low-E glazing everywhere and developing new technological options.

“If you use the right windows, you get happy people and more efficient buildings,” Selkowitz said. “If you step back and look at how things move, we tend to overestimate the speed at which we move but underestimate the impact we’ve made.”