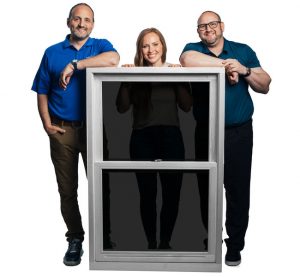 Window Nation announced a new partnership with Indianapolis home rehabber Mina Starsiak Hawk, star of HGTV’s Good Bones. The arrangement will expand Window Nation’s active footprint in the Indianapolis area, officials said. As part of the collaboration, the company will have its products included in the build and design projects performed by Starsiak Hawk’s company, Two Chicks and a Hammer, which is known for being the focal point of the television series Good Bones. The partnership kicks off in May and runs through 2021 and into 2022, with Starsiak Hawk’s appearance in television, print, and radio promotions on behalf of Window Nation.

“Mina is so talented, smart and creative – she is a favorite in our household, and someone we knew our customers would love learning from, too,” said Harley Magden, CEO of Window Nation, a company he started with his brother, Aaron, 15 years ago. “Window Nation is thrilled to partner with Mina and Two Chicks and Hammer to build on the amazing work they’ve done over the years in Indianapolis– and to create wonderful content, share ideas and provide real guidance and help to our extended Indianapolis customers and beyond.”

Good Bones is slated to air its sixth season this summer.

In addition to the television series, Starsiak Hawk offers home renovation and DIY tips and tricks to her 500,000 Instagram followers and nearly 200,000 Facebook fans. As a part of the Window Nation collaboration, she will share educational content featuring Window Nation products.

“We’ve had to spend so much time at home over the past year, people are being motivated to revamp their living spaces whether it’s redecorating or making much-needed upgrades like installing new windows. We’re happy to work with this family-run company to inspire people at home with our window designs and renovations,” said Starsiak Hawk.