Win-door Show is Sold Out for Exhibitors 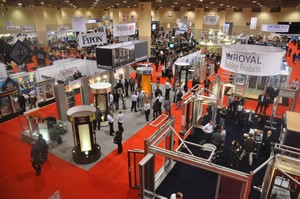 The exhibit hall for the upcoming Win-door 2014 has officially sold out. The show, now in its 20th year, runs November 18-20 at the Metro Toronto Convention Centre’s South Building, in Toronto.

The 20th Anniversary Win-door show will feature a special opening night party on the show floor featuring a performance by the “Blus Bros” tribute band.

The show also will include an education pavilion, designed to deliver important education and information on the latest code changes and regulations, energy programs and more. A Window and Balcony Safety display also will be available on-site.

Online registration for the event is now open at www.windoorshow.com . Additionally, discounted hotel rates are available until October 15.