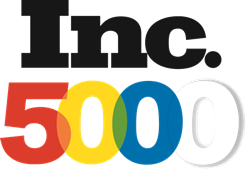 Leading the way for the industry is Lumber One Services, a family-owned wood and building products supplier. The company, based in Scottsdale, Ariz., had a three-year growth of 1,465 percent, adding four jobs and earning $7.6 million in 2014.

Moving up from No. 1,762 in the 2014 ranking is Western Window Systems, a door and window manufacturer that provides innovative designs such as insulating glass and full-wall door systems for commercial and residential customers. The Phoenix, Ariz.-based company boosted its revenue 279 percent in three years, and nearly doubled since last year, $28.2 million in 2013 to $45.1 million in 2014. The company added 119 jobs in three years.

CEO Scott Gates says the company’s growth is “driven by a dynamic team focused on delivering the best products, the best processes and the best customer service in the industry. We’re thrilled to be part of the Inc. 5000 for a second year.”

Power Home Remodeling of Chester, Pa., provides energy-saving and environmentally friendly exterior remodeling services to homeowners, including improvements to doors, roofing and attic insulation. Its 2014 revenue was $300.9 million, and its business has grown 137 percent during the past three years.

The company, based in Greenville, S.C., sells doors, windows and many other building products. It’s grown 113 percent during the past three years and saw 2014 revenues of $50.1 million.

The software company, based in Middleton, Wis., provides configuration, quoting and ordering technology for the fenestration industry, including manufacturers, dealers and distributors. It’s experienced 75 percent growth during the past three years, and its 2014 revenues were $17.4 million.

A building supply company with expertise in millwork and doors, windows, building materials, home design, roofing and siding, and much more, it’s based in Campbellsport, Wis. In 2014, it generated $98.5 million in revenue. It’s grown 72 percent during the past three years.

Custom skylight, door and window manufacturer Solar Innovations, based in Pine Grove, Pa., was named the 4,703rd fastest-growing company at a three-year growth rate of 52 percent. Solar Innovations employs 155 people, having added 28 jobs in 2014. The company recorded $26 million in revenue that year.

The U.K.-based manufacturer of doors and windows has grown 54 percent during the past three years. Its 2014 revenue was $8.2 million.