What’s the EPA’s Future Under a Trump Administration?

For the fenestration industry, the election of Donald Trump casts the spotlight on one of his biggest pledges during the presidential campaign – the elimination of the Environmental Protection Agency (EPA), whose Energy Star standards are used to certify doors, windows and skylights. 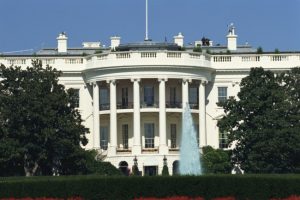 “We are going to get rid of it (the EPA) in almost every form,” Trump said during the GOP debate in March 2016. “We’re going to have little tidbits left, but we’re going to take a tremendous amount out.”

Trump’s current energy policy has a lot to say about boosting domestic production of oil, natural gas and coal, but next to nothing about improving energy efficiency in buildings. The same goes for the GOP platform that was adopted at this summer’s convention in Cleveland.

However, there are hints that things like green construction codes might not radically change under a Trump administration, or if they do change, it’ll be a shift in focus to market-driven considerations.

Myron Ebell, Trump’s choice to lead his EPA transition team and a possible future head of the agency, “is a well-known and polarizing figure in the energy and environment realm,” according to a September 2016 article from Scientific American. “His participation in the EPA transition signals that the Trump team is looking to drastically reshape the climate policies the agency has pursued under the Obama administration.”

Ebell is currently the director of the Center for Energy and Environment at the conservative Competitive Enterprise Institute (CEI). He also chairs the Cooler Heads Coalition, which is made up of non-profit groups in the U.S. and abroad that question global warming alarmism and oppose energy rationing policies.

While most of Ebell’s writings on energy focus on how it’s produced, it appears he supports market-based efforts at achieving higher efficiency in consumption — to a point.

“Conserving energy and improving energy efficiency are good things insofar as they contribute to economic efficiency,” he wrote in the Wall Street Journal in 2008. “But I am concerned that much of the public-policy debate is about pursuing energy conservation and efficiency measures that go far beyond any economic benefits. In reaction to the OPEC oil embargoes of the early 1970s, Japan became the most energy-efficient economy in the world, but at much too high a cost, which contributed to Japan’s economic stagnation. As for the indirect benefit of reducing greenhouse gas emissions, increasing energy efficiency almost always leads in the long term to higher energy consumption.”

In 2009, Ebell’s CEI opposed the American Clean Energy and Security Act of 2009, which would have mandated stricter building codes to achieve 30 percent higher energy efficiency for new buildings  in 2010 and 50 percent higher energy efficiency in 2016. It also would have established a “building retrofit program” for existing residential and non-residential buildings. The bill passed the House in June of that year but was never brought before the Senate for a vote.

In late 2015, Ebell also issued a statement in support of H. R. 8, the North American Energy Security and Infrastructure Act. It’s an energy bill that has the support of the Window and Door Manufacturers Association (WDMA) and the National Association of Home Builders (NAHB) because it promises to keep residential energy codes affordable.

“Like most big bills with many technical provisions on many complex issues, H. R. 8 contains good provisions and others that are not so good,” he wrote. “The various reforms of federal energy efficiency standards and programs, especially to the federal building efficiency mandates, are welcome, but could have gone further.”

Both houses of Congress are currently working to iron out differences between H.R. 8 and the Senate’s version, S. 2012.

The revised House proposal, which originally passed in December 2015, includes extra energy and natural resources bills. But it doesn’t have an amendment from the Senate bill that is strongly supported by WDMA. That measure would direct the Federal Housing Administration (FHA) to use energy-efficiency savings from doors, windows and skylights when determining eligibility for an FHA-insured mortgage.

However, the revised House bill does contain an amendment supported by WDMA that defines the role of the Department of Energy (DOE) in developing new energy codes and guarantees that some products and technologies don’t receive preferential treatment. It also promotes efficiency targets for buildings that strike the proper cost-benefit balance, and stops DOE from supporting any code or standard change with a payback period of more than ten years.