What’s Going on with Canadian Codes?

The adoption of the North American Fenestration Standard (NAFS) has been one of the biggest changes in the Canadian door and window industry in recent years, according to Jeff Baker, president of Westlab and Fenestration Canada’s technical consultant. Baker recently gave a webinar for the American Architectural Manufacturers Association (AAMA) on the current code-making process in Canada and what’s on the horizon. 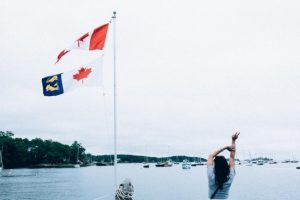 Baker said building codes in Canada vary by province, but the national code is written by the Canadian Commission on Building and Fire Codes (CCBFC). Because different building codes are in force in different provinces, the CCBFC gets policy advice from the Provincial/Territorial Policy Advisory Committee on Codes when it updates the national code, which is written as a model code and has no force of law unless it’s adopted by a province or territory.

The CCBFC oversees several committees and task groups and formally approves all model code documents and revisions prior to publication by Canada’s National Research Council (NRC).

Baker said Canada is on a five-year code cycle, while the U.S. is on a three-year cycle.

Baker said British Columbia, Alberta, Ontario and Quebec all have their own code-making process. The only city with a building bylaw is Vancouver, which modifies the British Columbia building code. Baker added that Vancouver has the most aggressive energy codes in the country.

The 2010 National Building Code (NBC) is currently in use in Canada, and Baker said the 2015 NBC has been published and is working its way into the provincial codes. The 2020 code is currently being developed.

All three versions use NAFS for doors and windows, with some differences.

As far as what the future might hold in the Canadian codes arena, Baker said a simplification of NAFS could be coming in 2019. He added that the NAFS calculator on the Fenestration Canada site will be updated soon. Baker also said the trend toward lower U-factors in Canada will continue.

Baker also commented on trends in the fenestration and housing industries:

Electrochromic glass. “As these products evolve and the price point changes, you’ll see more of those,” he said. “They have huge potential for energy savings, especially in cooler climates.”

Integrated shade systems and blinds. “These seem to be a really hot area these days,” Baker said. “In my work on the energy performance side of things, I see an awful lot of that.”

Vacuum glazing. “It’s out there and it’s commercially available, but price point is a problem and production is a problem,” he said. “But I think we will see something of that on vacuum glazing in the near future.”

Net zero housing. “There’s a real push for it in Canada,” Baker said. “It’s being driven by Canadian home builders. It would require photovoltaic glass.”

Finally, Baker said Ontario has adopted more stringent codes for commercial and residential construction that went into effect at the first of the year.