What the Presidential Candidates Have Done for the Housing Sector

What have this election cycle’s candidates done when it comes to housing? DWM magazine has put together a list of what we could find on each candidate and their history with the housing market. For the former congressmen/women, we looked at bills they’ve sponsored and co-sponsored as members. Also, since there are a lot of governors, we were able to pull data from the St. Louis Federal Reserve on housing starts in states during their tenure. Here’s what we found:

The former Florida governor saw housing starts boom in his state during much of his tenure. He served from 1999 – 2007. As you can see, housing starts experienced a sharp drop-off during the end of his term. 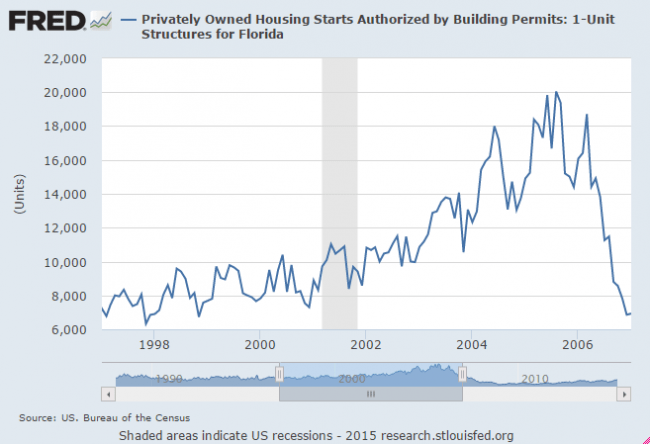 The retired neurosurgeon who’s never held public office is not known for his role in the housing market.

The current New Jersey governor and Republican presidential candidate has seen housing in his state steadily rise since he took office. He also fought hard for a $60 billion relief bill for those affected by Hurricane Sandy. 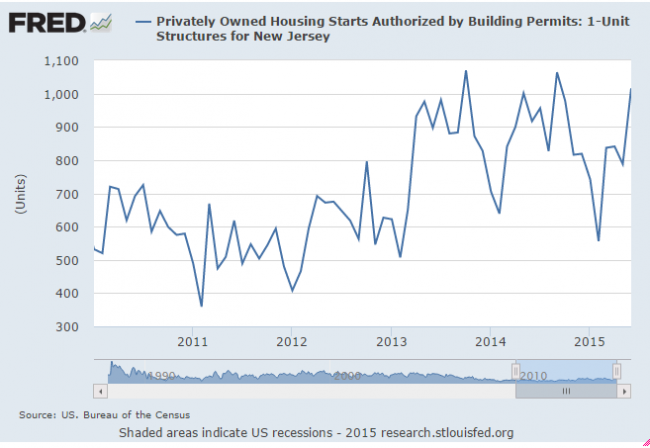 The freshman senator from Texas has neither sponsored nor co-sponsored any housing bills during his time in Congress.

The former Hewlitt-Packard CEO and onetime candidate for the U.S. Senate in California has no history in the housing market, and has no proposals specifying housing on her campaign website at this time.

A former Virginia governor running for president this campaign cycle, Gilmore served from 1998 to 2002. Though known for his contributions to the Department of Homeland Security,  here’s what housing starts looked like on his watch during his tenure: 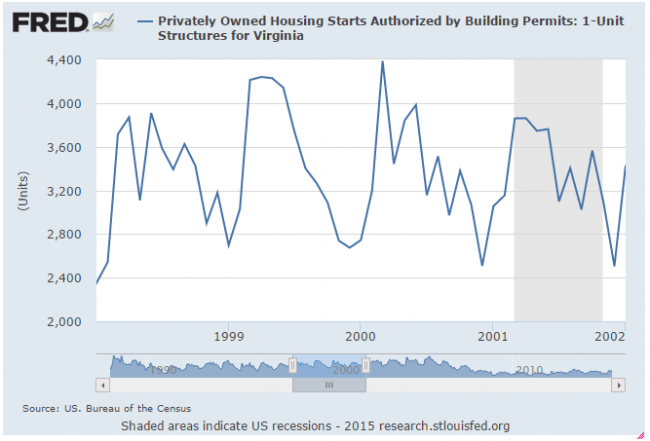 In 2004, the senator announced more than $11 million in federal housing grants for select cities in South Carolina. He also voted “nay” on the Dodd-Frank act and did not vote on a 2008 housing bill that extended tax credits for energy efficiency. His record regarding housing votes can be found here.

Housing starts in Arkansas under Huckabee’s governorship were similar to what Jeb Bush’s were, as they served around the same time. 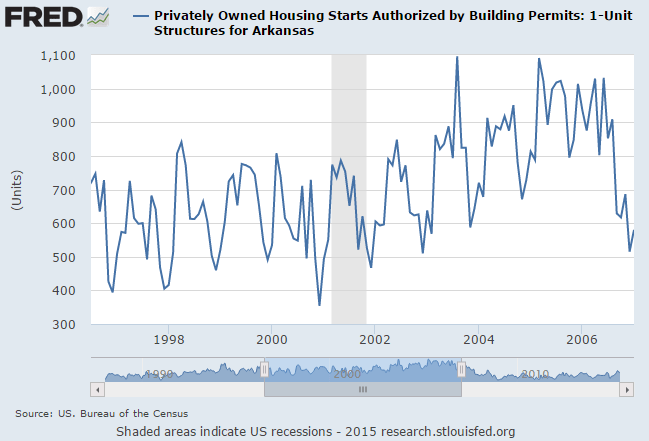 The governor of Louisiana has seen a housing boom going on in the capital of his state during his tenure, with Baton Rouge a constant outlier in the NAHB Leading Market Index. The rest of his state has seen an upswing as well, in part thanks to its oil boom. Louisiana has been recovering steadily over the years. 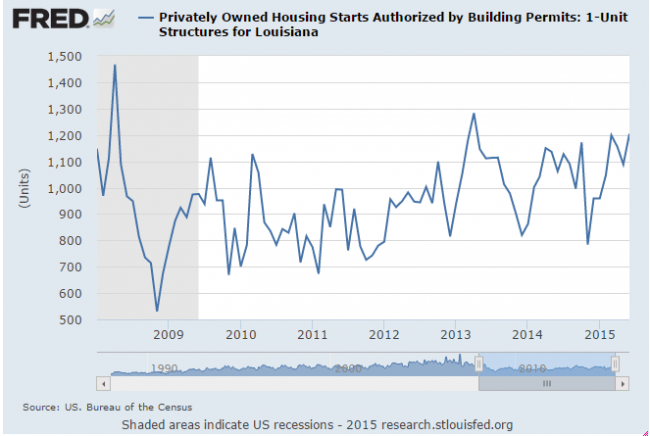 Kasich was the chairman of the House Budget Committee during Bill Clinton’s terms in the White House. You can find his voting record on housing during his time in the House here. As Ohio’s current governor, here’s how his state has done with housing starts: 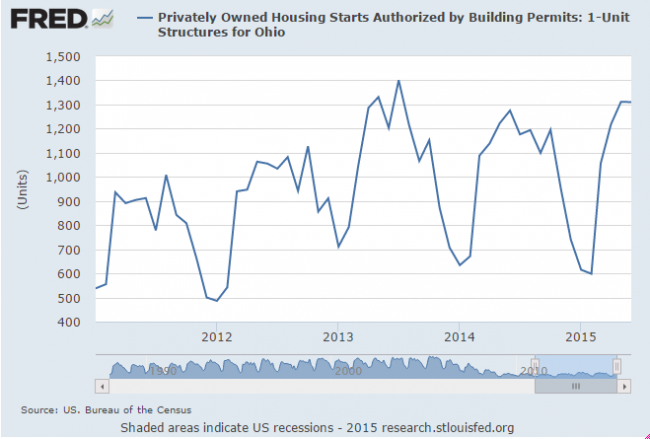 Pataki was the governor of New York from 1995 to 2006. Notice that despite a recession following the 9/11 terror attacks in 2001, housing starts weren’t affected. 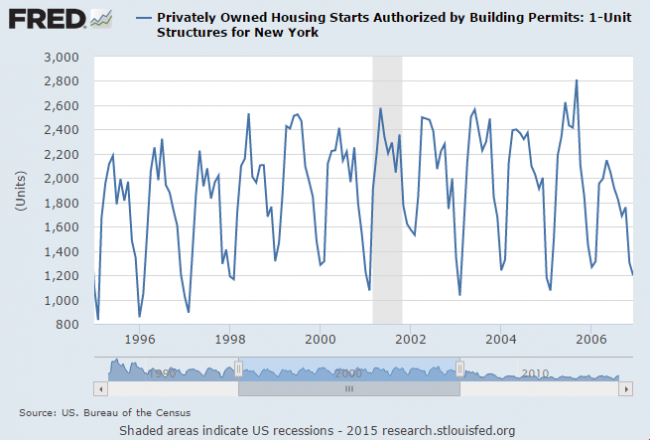 With a little more than four years in the Senate, Paul hasn’t had the opportunity to take up many housing bills. To those that fall under VoteSmart.org’s Housing and Property category, Paul either voted “nay” or didn’t vote.

The longest-serving Texas governor in history started his tenure when former president George W. Bush moved from Austin, Texas, to D.C. During his first few years, the Texas housing market was on fire. Since the recession, the state has been slowly creeping back to its early-to-mid 2000s’ glory days. 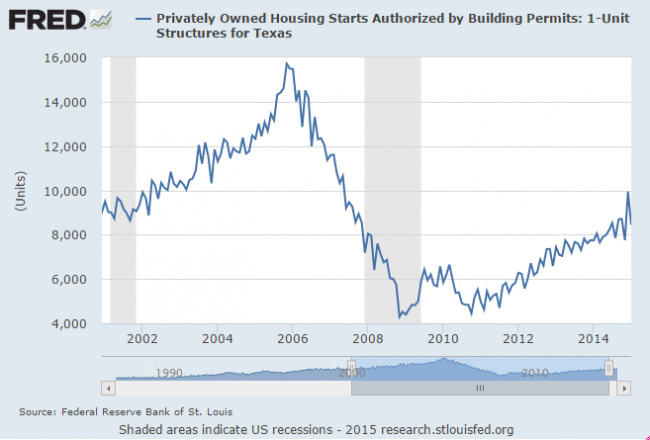 Prior to joining the Senate (where his record on housing voting is the opposite of fellow Republican Rand Paul), Rubio was the Speaker of the House in Florida’s state legislature, leading the charge on capping and reducing property taxes.

Former senator Rick Santorum is perhaps known more for his stances on social issues and foreign affairs. Here’s how he voted in regards to housing, though, during his time in Congress.

Declared candidate Donald Trump is known his role in the real estate market, both commercial and residential, as CEO of the Trump Organization, which employs more than 22,000 people. He has yet to make any statements specifically on housing policy.

Housing starts increased steadily under Walker’s administration. He is still serving his second term as governor of the state of Wisconsin. 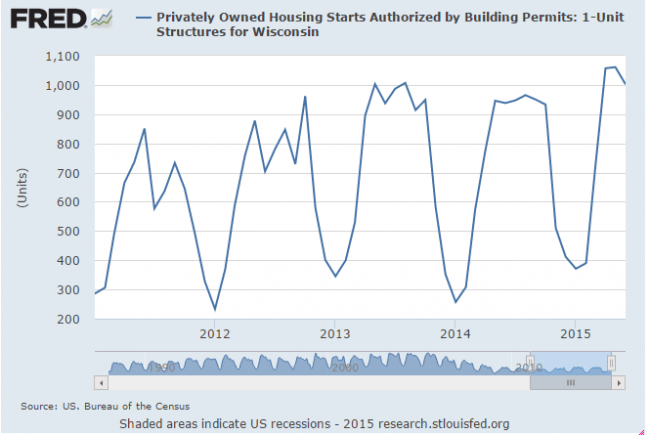 Though he ran as an Independent and won the governorship for Rhode Island, Chafee is now campaigning for the Democratic nomination for president. He was also a member of the U.S. Senate for 12 years. His voting record on housing-related bills can be found here, and the following graph shows the state of Rhode Island’s housing starts during his tenure: 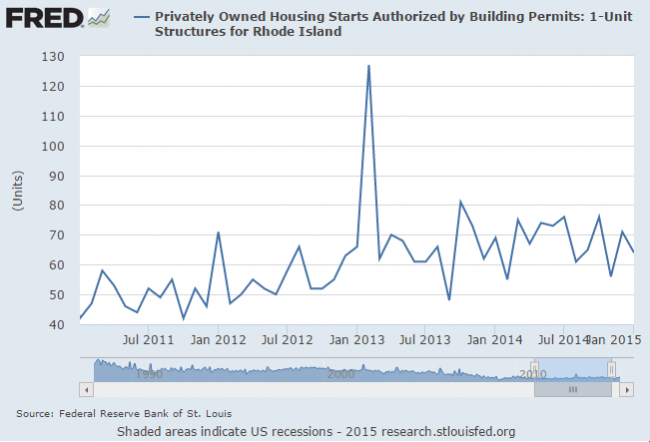 As a senator, Clinton co-sponsored the Community Development Homeownership Tax Credit Act, which provides a homeownership tax credit to people living in the following:

She also voted for tax credits for energy incentives and a foreclosure assistance program.

As governor of Maryland, O’Malley made several executive actions related to housing. Housing starts remained fairly level during his tenure, much of which was following the Great Recession. 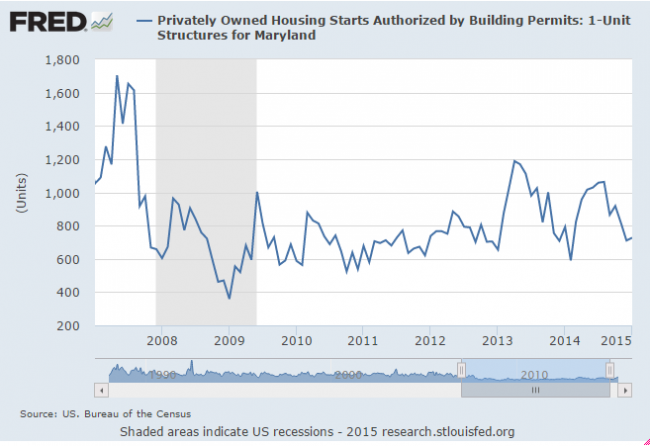 Self-proclaimed Socialist Bernie Sanders has been a member of the U.S. Congress since 1991 and therefore has an extensive history of votes on housing-related legislation, seen here.

Jim Webb served one term as a senator for Virginia and is now running for the nation’s highest office. His voting record on housing can be found here.