Officials for Vitro Architectural Glass have announced that Glenn Miner, the company’s director of construction, will retire March 29, 2019. In the meantime, Miner says his 39-year-long career isn’t over yet. Instead, with four days left, it’s business as usual.

Amid the company’s annual certified fabricator meeting this week, “… we’re in the process of expanding our architectural presence and the size of the team,” Miner says, who adds that he’s been too busy to think about his retirement.

Miner’s father worked for PPG for 40 years, so he says he grew up in the glass business.

“I interviewed with PPG right after school,” he says. “We were in the process of getting into fabrication back in 1980.”

Since then, he’s worked in the aircraft and automotive original equipment manufacturer (OEM) and replacement industries before coming back to the architectural division. 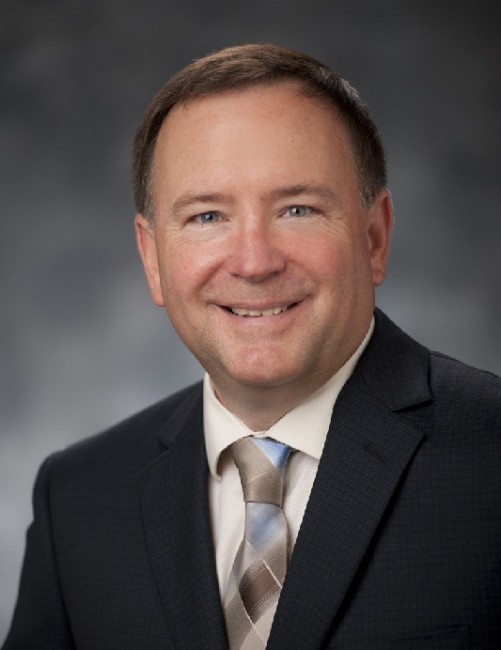 “I probably enjoyed architectural the most,” he says. “[I enjoyed] helping to create a building that’s going to be there for 40-50 years and working with a great group of people. Working throughout the industry, from the fabricator to the glazier to the general contractor, architects and consultants, that team approach and working together to create something that you can drive by and say you had a hand in making is pretty exciting.”

Miner, who enjoys trying to design something that meets both performance and aesthetic needs, says that some of his greatest accomplishments in the architectural division include getting two patents. With retirement approaching, he has a third potentially on the way. Meanwhile, one of the biggest challenges he faced over the years, he says, includes navigating the Great Recession.

“In 2008-10, commercial building pretty much stopped,” he says. “How you continue to innovate and plan for the future, because you know [the recession] isn’t going to last, and yet, adapting to existing conditions [was a challenge]. You couldn’t turn the float plants off,” he adds. “Business got particularly ugly and you had to have confidence in your strategies and stay the course. You had to support the people who count on you and work together to work through things.”

As far as the biggest current challenges, Miner says he thinks the industry is on the cusp of its next major change in technology.

“About 20-25 years ago there was a lot of improvement to be made in static windows …,” he says. “All of the coating technology today has gotten to a point where we can’t block any more heat without taking it out of the visible spectrum. This leads to the next generation of dynamic windows and how glass and glazing systems interact with the environment.”

For this reason, he expects to see more dynamic glazing, even forms that might not exist yet.

At a time when replacing retirees is a major concern throughout the industry, Miner says that Vitro has the issue addressed.

“We saw that there is going to be pretty big turnover in people over the next 5-7 years, as people start reaching retirement age,” he says. “We started bringing in people several years ago who are starting to come up through the organization … We work with them to develop them for the long-term.”

With millennials, companies began to retract from long-term investment and employees started jumping between companies, he suggests.

“How do you build that trust between the employee and the company? That’s one thing I’ve been impressed with at Vitro, probably due to the family background,” he says. “They truly do have a concern for the people and really strive to keep that long-term relationship.”

As he prepares to retire, Miner says that the biggest joys and strengths come from the people he’s worked with every day. Once he retires, he says he’ll visit both of his daughters, who live in Europe. He also plans to hike and travel around the U.S. with his dog and his camera, as photography is one of his big hobbies.