Vision Group Acquires ENERGI, While Parceling Out Some Locations 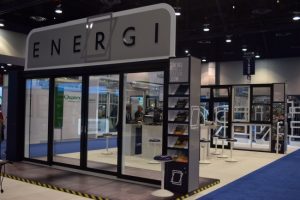 In a series of transactions occurring this week, door and window company ENERGI Fenestration Solutions was acquired by Vision Group. At the same time, two of ENERGI’s plants were parceled out as part of the deal—one acquired by Novatech Group Inc., the other by several ENERGI employees who are resurrecting an old brand.

In a mashup of ownership changes—some of which come full circle—the deal transfers ownership of ENERGI to one of its predecessors: industry veteran Vic De Zen, CEO of Vision Group, who founded Royal Group Technologies Ltd. (ENERGI’s predecessor) in 1970.

“It was a big transaction,” Boulanger told [DWM], and one that brought some brands and people full circle. “It made sense that a patio door company bought patio doors. It also made sense that me, Jean and Mike, who were already in charge of this plant, to do a management buyout,” he said.

In a deal that closed Monday, ENERGI was sold by private equity firm OpenGate Capital to Vision Group. Based in Woodbridge, Ontario, Canada, Vision Group identifies as a “technology driven group of companies focused on the building products industry,” including products ranging from columns, fencing, and railing to patio doors, steel doors, basement windows and custom profiles. Terms of the transaction were not disclosed.

ENERGI, a North American manufacturer of rigid and cellular vinyl window and patio door profiles, was formerly a division of Axiall Corp.’s Royal Building Products portfolio. In 2016, the company was acquired and rebranded by OpenGate, a global private equity firm that specializes in acquiring businesses in order to create new value through operational improvements and growth.

“ENERGI was a classic OpenGate acquisition as a corporate carve-out of a non-core division with operations in two countries,” said Andrew Nikou, OpenGate Capital’s founder and CEO. The company was able to work with ENERGI CEO Chris Koscho, “bringing the business to its full potential,” Nikou said, adding, “We are grateful for Chris’s leadership and the hard work of the employees.”

In a letter to all Vision Group employees, “This is an important and exciting day for both of our organizations and one that will position us for greater growth as well as ensure that we remain a highly competitive global company for years to come,” De Zen said. Integration is expected to be complete “within the coming months” he added, after which the two will proceed as one combined company. The process is expected to “maximize our manufacturing, purchasing, and human resources,” De Zen reported.

With the transaction, Vision Group officials say there will be “some overlap in corporate and geographic functions,” which is expected to eliminate some of the combined company’s positions. The company plans to integrate ENERGI as quickly as possible with minimum disruptions to business, while “taking steps to finalize the corporate organizational structure.” So far as which positions and individuals will be affected, the company expects clarity within 90 days following the acquisition.

“We will do our best to keep everyone informed and will provide answers to submitted questions in addition to frequent updates on how the integration is proceeding,” officials said.

In the meantime, De Zen urged employees to “be adaptable,” and work safely while staying focused on individual jobs. “Work together as one team,” he said, adding, “Listen and learn from each other. Be empathetic; treat others with fairness and respect … Continue to keep a positive attitude.”

Officials for Thermoplast tell [DWM] that with the continuation of operations at ENERGI’s operations in Laval, Thermoplast brand products are currently available throughout Quebec and Maritimes (New Brunswick, Nova Scotia and Prince Edward Island).

“There is no change here in Laval,” Boulanger said. “We’re keeping the same structure, the same people and producing the same products for the same customers.” The newly formed company expects to retain all employees going forward.

Sales for patio doors are handled by Novatech effective immediately, officials for Novatech said, while the existing customer service team in Terrebonne will remain in place for all inquiries and orders. The company plans to “make significant investments” in the coming months, said president and CEO Harold Savard.

For more details on Thermoplast watch for an article and exclusive interview in an upcoming edition of [DWM]’s newsletter.