Now is the time to get the glass industry more involved in the Health Product Declaration (HPD) movement. That’s according to one of its new board members. 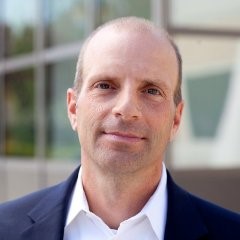 Brandon Tinianov is a voice for windows when it comes to health product declarations.

Brandon Tinianov, vice president of business development at View Glass, was recently elected to HPD Collaborative’s board of directors. He is now helping guide the organization, which supports HPD advancement. An HPD is a disclosure tool used to report product content and health information for building products and materials.

The Collaborative released the first version of the HPD standard in November of 2012. Since then, companies in the glass industry have been deliberate in adopting the practices. Tinianov explains that the group ironed out many of the key concerns with HPD V1.0 thanks to increased participation from the building industry. Changes are reflected in the second version, which the organization released in September.

“Version 1 came out with designers and thought leaders saying, ‘This is what we want in a standard for product transparency,’” he says. “… They designed an ideal standard for themselves and said, ‘If we had this information in this format, we could make the right decisions.’”

The problem then was that Version 1 lacked strong representation from the manufacturing side. An advisory panel including more than 50 manufacturers from various industries helped address that.

“HPD 2.0 has much better representation,” says Tinianov, “including from the glass industry.”

Tinianov was elected to the board in November as one of five new members. Aaron Smith of Assa Abloy was re-elected as one of eight returning members. View, Assa Abloy, Saint-Gobain and Dow Corning are among the collaborative’s general members. Dorma is another industry-related company that is also an affiliate member.

Tinianov thinks the timing is right to get the glass industry more involved in the HPD process. The industry recently released a product category rule (PCR) for windows, and he says a PCR for dynamic windows should be out in 2016. Additionally, architects are now emphasizing whether manufacturers use HPDs for their products.

“I think last year and the year before, everyone was seeing how it would iron itself out,” says Tinianov. “Two years ago it was too early, especially for the bigger players. … Now the tools are in place, the standard has been corrected and it continues to be responsive to the industry. We’re seeing there’s a real energy beyond this.”

Tinianov wants to ensure the glass industry’s voice is heard in further development of the standard.

“I’m open to listening to my peers about what they think is right and wrong with the standard, and I’ll bring that back to the collaborative,” he says. “That’s my responsibility to the industry.”