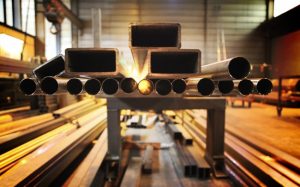 A week after announcing increases to tariffs levied against China, U.S. officials eased the pain for door and window manufacturers drawing on North American markets by lifting steel and aluminum tariffs on Canada and Mexico. That relief comes via an amended North American Free Trade Agreement (NAFTA), which manufacturers suggest will lessen the burdens on residential and commercial construction markets.

On Friday, May 17, the U.S. and Canada released a joint statement regarding Section 232 of the Trade Expansion Act of 1962. According to the statement, the U.S. agrees to lift steel and aluminum tariffs imposed on Canada, while Canada agrees to lift those imposed on American goods in retaliation. The countries also “agree to terminate all pending litigation between them in the World Trade Organization,” the statement said. The U.S. and Mexico issued a similar statement.

President Donald Trump noted national security concerns when he imposed a 25% tariff on imported steel and 10% duty on imported aluminum last year. However, American manufacturers and farmers were impacted when the countries hit back with their own tariffs.

According to statements issued Friday, the involved countries planned to drop the tariffs within two days.

The agreement, Lighthizer suggested, is great news for American farmers that have been subject to retaliatory tariffs from Canada and Mexico. At the same time, he said, “the agreement will continue to protect America’s steel and aluminum industries.”

Following the announcement, the Window and Door Manufacturers Association (WDMA) released a statement on the deal, as WDMA president and CEO Michael O’Brien commended the administration for working with the country’s “key regional trading partners” on an agreement that’s beneficial for Americans.

“WDMA has been urging the commerce department to consider the effects of these tariffs on the residential and commercial construction markets, along with the broader effects on North American trade,” O’Brien said. “We are pleased that they will lift these tariffs and with this hurdle cleared, ask that Congress quickly act on approving the U.S Mexico Canada Agreement (USMCA) as this agreement will ensure healthy and lasting relationships in the region.”

The USMCA would replace the North American Free Trade Agreement, and has remained in impasse since the tariffs were imposed. The passing of the USMCA has been one of Trump’s policy priorities. In a statement released Friday, U.S. Senate Finance Committee Chairman Chuck Grassley, of Iowa, said the lifted tariffs were essential to Congress passing of the USMCA.

Greg Ugalde, chairman of the National Association of Home Builders (NAHB), applauded the trade improvements and called for continued progress.

“This will provide momentum for Congress to ratify the USMCA, which holds the potential to lift the housing economy,” Ugalde said. “Now that the White House has achieved substantial progress in advancing the USMCA, we urge the administration to focus its efforts on resolving the softwood lumber trade dispute with Canada.”

“A prompt resolution to this ongoing trade conflict with our neighbor to the north will help to ease ongoing housing affordability concerns,” he added.

According to the interim president and CEO of the Plastic Industry Association, Patty Long,

The USMC “is an important accord that will support American businesses and create jobs, and we hope the alleviation of these steel and aluminum tariffs serves as a stepping stone toward its enactment.”