On Monday, the U.S. District Court for the District of Columbia heard arguments in the copyright-infringement lawsuit against public-records activist Carl Malamud, who is being sued by ASTM International, the American Society of Heating, Refrigerating and Air-Conditioning Engineers (ASHRAE) and the National Fire Protection Association (NFPA). All three develop standards used in the fenestration industry. 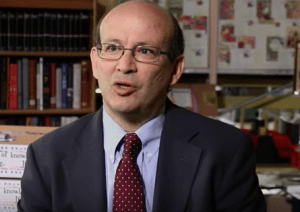 The suit, originally filed in August 2013, claims that Malamud and the organization he leads, Public.Resource.org, violated the Copyright Act by copying and posting standards that have been incorporated into laws such as building codes. The organizations contend that copyright protection is essential for their work because it takes a lot of money and effort to draw up codes. They also state that the standards they develop are “necessary for a well-functioning economy and a safe society.” Additionally, the organizations say they already have “policies for providing interested members of the public access to standards known to have been incorporated by reference into statutes and regulations.”

Malamud’s organization argues that it’s not fair to make businesses and the public purchase complete access to laws they’re forced to obey.

“Legislatures and administrative agencies have frequently enacted into law, and enforced, construction, fire, and other public safety codes,” Public.Resource.org writes in its answer to the lawsuit. “Public safety codes govern essential aspects of everyday life. They often carry civil or criminal penalties. They are laws.”

On Tuesday, Malamud told DWM that it’s unclear which side’s arguments swayed the court in the complex case.

“It’s very hard to know how it went,” Malamud said via e-mail. “It was a four-hour hearing, which is really long. We have no clue at all how long it will take the court to decide.”

In August, Malamud’s efforts to expand access to standards suffered a minor setback when the American Bar Association (ABA) approved a resolution urging Congress to pass legislation that would provide limited free online access to standards incorporated into state and local construction codes, including those related to fenestration. Malamud argued at the ABA’s annual meeting in San Francisco that the proposal didn’t go far enough.

“The promulgation of the edicts of government is at the heart of the rule of law,” he said, according to a report from the ABA Journal. “Writing down the law is meaningless if we cannot read it, but we must be permitted to do more than simply read the law. We must be permitted to speak the law, to share [it] with fellow citizens.”

Ronald Levin of Washington University in St. Louis said the final resolution came about after months of collaboration and compromise between the ABA and representatives of organizations that develop standards. According to the ABA Journal, Levin said the process was inclusive, but not everyone who participated was happy with the results.

One of those organizations was the American National Standards Institute (ANSI). It wanted ABA members to reject the read-only proposal, arguing that it went too far. ANSI said the resolution “could not only jeopardize the U.S. standardization system, but may also put some SDOs (standard developing organizations) out of business,” according to a letter ANSI president and CEO Joe Bhatia sent to the organization’s members in late June.

ANSI argues that free, read-only access could “devastate the market for purchasing the standards from the SDO, and will eliminate the primary source of funding for the development of these standards,” according to comments the organization submitted to the ABA in June. That’s because technology is surpassing the ability of SDOs to safeguard their copyrighted material, ANSI says. “Professionals increasingly access and work in the field with documents on mobile devices, as opposed to desktop computers or hard copies. Calling up a standard on a tablet or a personal phone to ‘read’ its contents is precisely how such standards tend to be utilized.”

Beverly Quail, a partner at Ballard Spahr in Denver, echoed that argument during debate over the resolution at the ABA’s annual meeting, according to the ABA Journal. She said “read-only publication” doesn’t really exist in a world where it’s so easy to make electronic copies. She also said many standards are only of interest to a handful of people.