Tyson Schwartz has been appointed the new president of Soft-Lite Windows in Streetsboro, Ohio. Jim Barreira, CEO of Soft-Lite’s parent company, Harvey Building Products, made the announcement on Friday. Schwartz had previously served as Soft-Lite’s chief sales and marketing officer. 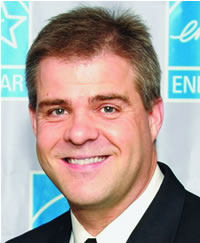 “Tyson has an incredible wealth of industry knowledge and is highly regarded in the window business,” said Barreira. “He has shown throughout his career not only his respect for our industry, but his respect for all of the customers and teammates he has worked with and the relationships he has built.”

At Soft-Lite, Schwartz has been focused on driving growth and customer outreach.

“He has a great acumen for understanding the dealer market, knowing what they need to be successful,” said Barreira.

According to Schwartz, identifying new and unique opportunities is a big motivator.

“There’s a lot to be excited about at Soft-Lite right now, from new products being launched to new markets we are breaking into,” he said. “And the synergy with Harvey brings our business to a whole new level; our partnership has completely exceeded my expectations.”

Schwartz has a B.S. in Business Administration and Marketing from Minnesota State University. A summer internship with Ritec International Ltd. in London, England led to a full-time job with the company and launched Schwartz’s career in the glass products industry.

Soft-Lite is a manufacturer of vinyl replacement windows whose products are sold throughout much of the United States. It was acquired by Harvey Building Products in 2016.