A Jeld-Wen IPO: How Big Could It Go? 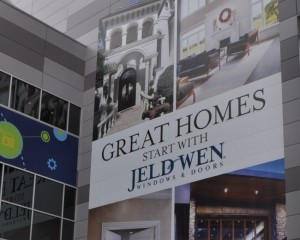 A Jeld-Wen IPO could be huge.

A report that Jeld-Wen is considering an initial public offering (IPO) could extend a recent trend of major door and window companies taking their businesses public – and reaping big rewards in the stock market.

The Wall Street Journal, citing “people familiar with the deal,” reported on Monday that the IPO would value the company at $4 billion or higher. Jeld-Wen has been controlled by Onex Corp., a Canadian private-equity firm, since 2011.

Jeld-Wen generated $3.5 billion in revenue in the previous fiscal year, according to Moody’s Corp. data cited by the Wall Street Journal.

Other door and window companies have seen their stock values soar since launching IPOs.

Ply Gem, which announced an IPO in May 2013, has seen its stock climb 62 percent this year. The company is currently valued at $981.6 million.

Masonite International Corp., which went public September 2013, is up 37 percent in the past year. It has a stock market value of $2.1 billion.

Masonite and Jeld-Wen each control about 40 percent of the North American market for residential doors, according to Barron’s.