Stormproof and Energy-Efficient Builder Says the Right Windows are Crucial

Living in a fortified tank can be cozy?

That’s what stormproof builder Alan Hoffmann says about the Insulated Concrete Form (ICF) homes that his Dallas-based company Hoffmann Homes builds, suggesting that safety meets energy-efficiency when it comes to these unique houses. But it’s not just the walls that make these homes what they are. Hoffmann says the windows are a crucial part of achieving peak performance.

“Let me put it this way: You wouldn’t buy a Ferrari and put bicycle tires on it, would you?” He says. 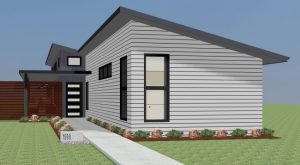 An ICF wall is comprised of three layers: a six-inch, steel-reinforced, concrete wall sandwiched by two and a half inches of expanded polystyrene foam. The result is a home that can provide approximately 25% savings in energy annually and that is five to ten times more resistant to racking than a typical home, according to a report by the National Association of Home Builders (NAHB) Research Center.

When the main reason people are drawn to ICF homes includes energy-efficiency, it only makes sense that they’d invest in high-performance windows, says Hoffmann.

His preferred window is the Andersen 100 series, which he suggests provides high-efficiency performance due to double-glazed, argon gas-filled insulating glass units and Fibrex (wood-plastic composite) frames. And when his clients are willing to pay for increased storm safety, Hoffmann says he uses Andersen’s Stormwatch triple-glazed windows.

“I’ve watched them shoot two-by-fours at them in their testing facility, and they just splinter,” he says.

Hoffmann also emphasized the increased amount of comfort that comes with this level of insulation. 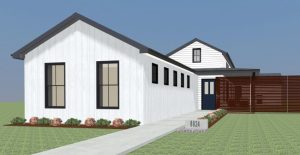 “A strong home is one thing but having a building that doesn’t leak is just another level of comfort altogether,” he says. “Not only does the desired temperature level last longer, but homes actually get less dusty,” he tacked onto the list of touted benefits.

Hoffmann says he’s been building these “YETI cooler homes” for around 25 years and that he hopes to see ICF buildings start to penetrate the residential market on a grander scale. The reason he thinks the method hasn’t become standard yet mainly includes cost and “just plain dislike of change.” But the costs can be justified, he suggests—both for ICFs and better windows.

“It’s around 2-6% more expensive to build an ICF at first,” he says. “But at the end of the day, with the energy savings, these things pay for themselves and the windows are an essential component to getting the unit to perform at that level.”

Hoffmann believes one way to overcome opposition to change is through convincing consumers that the energy-efficiency, storm-resilience and comfort levels that these structures bring as a whole are worth the extra costs, as a remedy.

“Well, is a penicillin shot worth it?” he asks.