The 2019 Hurricane season has taken a toll on southern areas of North America and the islands nearby. With several record-breaking storms and possibly one more named storm to come this season, according to AccuWeather hurricane expert Dan Kottlowski, the communities that were hit are feeling the effects to the tune of an estimated $22 billion dollars in the U.S. and an additional $5 billion in the Bahamas. 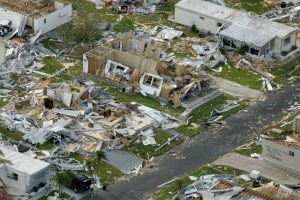 The rising amounts of costs resulting from damages associated with intense storms are causing homeowners and homebuilders to reconsider the idea of picking up the pieces and, instead, coming up with solutions that minimize damages before they ever occur.

Discussions involving resilient building efforts has been a point of interest since the beginning of this year when [DWM] gave voice to the industry’s concern and solutions in an article titled Future Proofing.

As outlined in the article, the definition of a resilient structure, as stated by the U.S. Army Corps of Engineers, is one that:

Resilient structures are collecting enough confidence in their ability to reduce costs that they have earned the support of the Federal Emergency Management Agency (FEMA), which plans to present its propositions about resilient construction incentives to the International Code Council (ICC) this year.

It appears that incentives are going to be a crucial part of increasing resilient construction as Americans’ concern over housing affordability persists. The National Association of Home Builders (NAHB) found in a survey that 80% of American households believe that housing affordability is now a crisis.

But thankfully, resilient building doesn’t necessarily mean unaffordable, says Roy Wright, president and CEO of the Insurance Institute for Business and Home Safety (IBHS). “This is not something that costs tens of thousands of dollars,” he says. “This is within reach of anyone to fortify their roof, windows and doors. Homeowners just have to be armed with the right questions.”