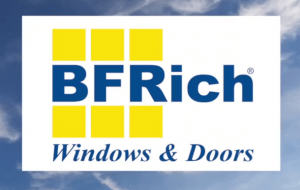 B.F. Rich Windows & Doors, a longtime manufacturer of vinyl replacement fenestration products headquartered in Newark, Del., has informed its employees and customers that it is closing.

“Unfortunately, despite a long legacy of achievements, B.F. Rich has experienced financial setbacks dating back to the beginning of the Great Recession in 2007,” said Terry Rex, vice president of sales and marketing, in an e-mail to DWM. “This situation could not be sustained.”

The company had notified dealers on Monday that it would be closing, sources told DWM earlier this week, and a receptionist who answered the phone at the company’s headquarters this morning confirmed that.

“This minute we are open, but we are closing any day,” she said.

B.F. Rich was founded in 1957 in Richardson Park, Del., by Benjamin Spiller, Frank Chaiken and Richard Guyer. (BF Rich is a combination of their names.) The company began operations in 5,000 square feet of leased space.

The company expanded in 1963 with the purchase of five acres in Stanton, Del., and the construction of a new home. The 25,000-square-foot office and manufacturing facility was expanded four times, adding 38,500 square feet to the plant for a total of 63,500 square feet.

In 1998, BF Rich built a 120,000-square-foot manufacturing facility at its current location in Newark, Del.

In 2013, BF Rich was a DWM Green Award honoree for its overall commitment to energy efficiency. The company was also recognized as a “2010 Top Seller” in the U.S. Department of Energy’s High-Performance R-5 Windows program for the third quarter of 2010 with its Cabernet Elite Green Shield triple-glazed window.