From Sam to David, to Steven and now Matt.

Generation after generation, Skyline Windows, once a small business from New York and now a company servicing many states, is celebrating a milestone. 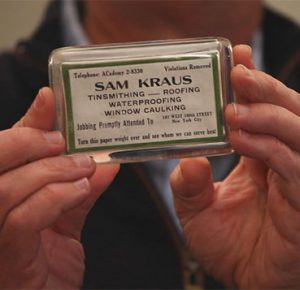 Founder Sam Kraus arrived in the U.S. from Hungary as a man with skills in metalwork and engineering. In 1921, he started the company as a roofing and waterproofing business — a one-man show.

His son, David, worked in the business as a teenager whenever he could. Then, after serving in World War II, he returned to Skyline and began working full-time. In the mid-20th century, under his direction, Skyline entered the window replacement business, and the scope of the company started to change.

“He was interested in doing more work and wasn’t as interested in doing the work with his own hands, even though he was very capable of doing that,” said Steven Kraus, Skyline’s current CEO, of his father. “He got into more extensive building maintenance work, including the metalwork, the roofing, waterproofing, even did occasionally some general contracting… Sometime in the 1970s, as part of the exterior building maintenance work that he was doing, he would occasionally get involved in replacing old windows — buildings built in the 20s.”

Shortly thereafter, Steven followed the familial passion and worked alongside his father in the late 1970s. This brought the third generation of Kraus men to Skyline’s leadership, and the company as it is known today started to take form.

“Our main emphasis was not windows. But my father and I decided to split up the business in terms of areas of responsibility. And by the early 1980s, I was running around trying to sell windows while he was doing… the roofing and waterproofing.”

With the increased influence of the New York City Landmarks Preservation Commission, Skyline began to shift its emphasis. The buildings in the city were aging, and instead of replacing all of the windows with modern fixtures, the company offered solutions that would allow historical structures to maintain their aesthetics and last as they were intended. Skyline had to fabricate windows to accomplish this vision. So, in the late 1980s, the first factory was opened in a Brooklyn basement.

Today, the company employs about 350 people in different branches in the Northeast. Matt Kraus, a great-grandson of founder Sam Kraus, is the president of Skyline Windows and works alongside his father.

When reflecting on the transformation 100 years makes, the youngest Kraus says the difference is “night and day.” 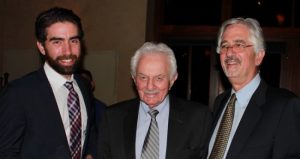 The company started as a one-man operation that was focused on small repairs, Matt Kraus said. Today, Skyline has evolved into a major construction contractor. Projects are ranging from replacement, renovation, historical and even buildings coming out of the ground. “We’ve blossomed quite a bit from back then,” he said.

From those minor repairs came a project both Matt and Steven are excited to talk about: Rockefeller Center.

The landmark building is one that, like so many other structures in the Concrete Jungle, comes with a tremendous history … and old windows. Skyline is committed to the ongoing project for the last 15 years that see renovation and replacing the windows while still keeping the charm and classic look of the building.

“Our design capability to make a window look exactly like the old existing window, but incorporate all of today’s new modern technology,” said Matt Kraus. “As tenants exit their office or their space, we come in and change out the windows, you know, so we do 1,000 or 2,000 a year… it’s just a really interesting operation.”  Kraus thinks the story of having a window developed, that got throughlandmark review at a staff level, yet shows no differences between old and new really says something about his company’s capabilities.

As far as ensuring the mark made on the industry, those leading the operation hope to solidify their commitment to meeting expectations.

“We’re becoming a more of a price and commodity industry, where it’s more and more challenging to try to go that extra mile. But we’re committed to going that extra mile,” says Steven Kraus. “Once we sell a job, we don’t look at the numbers anymore; we just look at ‘how do we do the best job we can.’ And our commitment to our team, I mean… we kept everybody on during COVID… We’re very committed to the Skyline family.”

For a century, the company that was once focused on small repairs now expands continuously and works on significant projects, and treating the team like a family – even those who don’t share the last name Kraus.