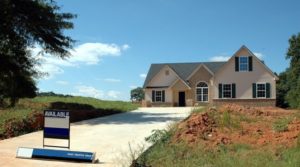 As homebuilders continue to face challenges when it comes to labor shortages, lot prices and increasing costs for materials, officials from the National Association of Home Builders (NAHB) say they’re also seeing decreases in single-family sales. In the meantime, a survey of NAHB members indicates that builders are packing up and moving to the exurbs, where some say they feel like they’re being forced to build.

According to the most recent report released by the U.S. Census Bureau and the U.S. Department of Housing and Urban Development, in April 2019 sales of newly built, single-family homes declined about 7% after a favorable showing in March. The report reveals the number of homes that would sell if the pace of sales in that month continued for the next 12 months. The report shows 673,000 houses were sold in April, compared to 723,000 in March—the highest monthly rate since the Great Recession. NAHB chief economist Robert Dietz says sales in March were “due to a combination of lower interest rates and the use of builder price incentives,” while April still showed promise.

“After a challenging final quarter of 2018, data for the start of the year shows stabilization and modest growth for home sales,” said NAHB chairperson Greg Ugalde, a home builder and developer from Torrington, Conn. “Our builder surveys show that traffic is steadily increasing. The challenge facing builders is how to deal with ongoing supply-side constraints such as a lack of buildable lots and labor that are putting upward pressure on housing costs.”

New home sales varied significantly by region, results reveal. On a year-to-date basis, new home sales rose 1.3% in the Midwest, 6.7% in the West and 10.3% in the South. Meanwhile, sales declined by 17.6% in the Northeast.

According to Ugalde, “a shortage of buildable and affordable lots is forcing builders to increasingly look further outside of suburban and metropolitan areas to find cheaper land that provides more building opportunities.”

NAHB officials say their most recent report on national building conditions show that housing affordability is becoming a growing issue nationwide. A release from the association states that in the first quarter of 2019, “exurbs were the only region that registered single-family permit growth on a year-over-year basis.”

Dietz says builders are facing high regulatory and construction costs, a workforce shortage and increasing costs for building materials due to tariffs, making it difficult for them to build affordable housing, especially in mid- to high-population centers where there is a “dearth of buildable lots.”

The multifamily home market is making a similar shift. Over the last year, multifamily permits declined in the areas where apartment construction is most concentrated—small and large metropolitan areas—while multifamily growth occurred in exurbs and other outlying areas, a statement from NAHB official notes.