Officials from Renewal by Andersen (a subsidiary of Andersen Corp.) are seeking support from government leaders in Cottage Grove, Minn., as they look to expand the company’s existing manufacturing operation by 350,000 square feet, adding 125 new jobs in the process. The three-year plan includes the potential for yet another expansion in the near future, officials said. According to city documents, Renewal by Andersen staff estimate the investment will total more than $25 million. 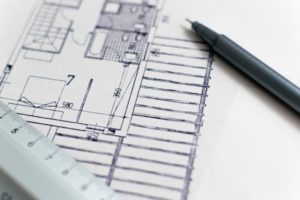 The Cottage Grove Planning Commission recently voted unanimously to recommend approval of site plans for Andersen’s project. In the meantime, members of city council, who will make the ultimate decision regarding the expansion, are considering funding applications submitted on behalf of Renewal by Andersen administrators. According to a memorandum addressed to council members from the Cottage Grove community and economic development director Christine Costello, Renewal by Andersen is seeking the city’s support for state funding—including matching funds for equipment costs and support for job creation.

Renewal by Andersen’s Cottage Grove, Minn.-based facility is used to produce the company’s replacement products made of a wood-plastic composite-based material the company refers to as Fibrex. The existing 350,000-square foot facility employs about 700 people.

According to planning documentation, Cottage Grove officials have approved multiple requests for expansions from Renewal by Andersen since the company first moved into the community in 1998. The latest application submitted by the company, in partnership with The Opus Group of Minnetonka, would double the company’s footprint within the city.

“Renewal by Andersen has begun exploring options to expand capacity to help meet increasing customer demand, including potential opportunities to grow in Cottage Grove,” said Eliza Chlebeck, Andersen Corp.’s director of communications and community.  “We are working with the commercial real estate development firm Opus Development on plans that could include a new facility adjacent to our existing building in Cottage Grove. This is an exciting time as we work to determine a concept that best meets the current needs and future growth opportunities of our business.”

The proposed 350,000-square foot facility would include office space, a warehouse and space for light manufacturing with the potential for a future 113,000-square-foot expansion, the application reveals. The company plans to connect the proposed new facility to its existing facility via an enclosed transit way.

The company owns approximately 30 acres in the Glengrove Industrial Park, where it bought an additional 9 acres last year for trailer parking and storage, planning documents state. The applicants expect the entire site for the proposed expansion to require a total of 29 acres, a planning report prepared by city staff reveals, requiring the company to acquire property that is currently a tilled field.

During a presentation to the city’s planning commission, Cottage Grove economic development specialist Matt Wolf said city officials recommended conditional approval of the expansion. The planning commission voted unanimously to recommend approval of the site plan and three variances from the city’s code for the construction of the project. The Cottage Grove City Council is expected to hold a public hearing and vote on the proposal and related funding applications later this month.