The focus of the U.S. housing market might be shifting in a big way — from owning single-family homes to renting multi-family units, according to the annual State of the Nation’s Housing report from Harvard’s Joint Center for Housing Studies, released Wednesday. 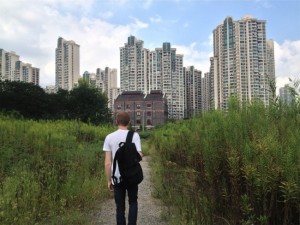 Millennials are increasingly becoming renters, according to the report, and multifamily rental construction is booming.

The U.S. home-ownership rate slumped to 63.7 percent in the first quarter of 2015. That’s the lowest level since 1993, and it continues a long-term decline in home ownership, according to the report. If it weren’t for aging Baby Boomers and their high rates of home ownership, the picture would be even grimmer: The home ownership rate for those ages 35-44 is down 5.4 percent from 1993, and is now at levels not seen since the 1960s.

“Perhaps the most telling indicator of the state of the nation’s housing is the drop in the home ownership rate,” says Chris Herbert, managing director of the Joint Center for Housing Studies. “This erases nearly all of the increase from the previous two decades. In fact, the number of homeowners fell for the eighth straight year, and the trend does not appear to be abating.”

At the same time, the rental market is booming.

The number of new rental households has increased by 770,000 annually since 2004, the report said. It’s the strongest 10-year stretch of rental growth since the late 1980s. Demand for rental housing is largely driven by Millennials, but the report finds older households are also contributing to growth.

That strong rental demand across all age groups cut vacancy rates in 2014 to 7.6 percent, the lowest in nearly 20 years. It also sent rents soaring 3.2 percent last year – twice the rate of inflation.

“While affordability for moderate income renters is hitting some cities and regions harder than others, an acute shortage of affordable housing for lowest-income renters is being felt everywhere,” says Herbert.  “Between the record level of rent burdens and the plunging homeownership rate, there is a pressing need to prioritize the nation’s housing challenges in policy debates over the coming year if the country is to make progress toward the national goal of secure, decent, and affordable housing for all.”

Rental growth should stay strong as the huge Millennial generation enters the housing market. According to the report, those currently under age 30 will form more than 20 million new households between 2015 and 2025. Most are projected to be renters.

In home construction, the single-family sector is picking up, but it’s still struggling.

Just over a million housing units were started last year, which sounds like a large number in the wake of the recent downturn. Historically, though, it’s not.

“That would have been the worst year for house construction in a half-century,” says Herbert.

Meanwhile, multifamily construction starts increased 16 percent in 2014, the biggest year in that sector since 1989.

“If job growth continues to pick up, we could see even more demand, as young adults increasingly move out of their parents’ homes and into their own apartments,” says Daniel McCue, a senior research associate at the Joint Center.