Officials for Quanex Building Products confirmed with DWM magazine Thursday that the company has consolidated three of its business units, resulting in the elimination of “some positions,” a representative for the company reports. According to an official statement, the company’s Mikron, Homeshield and IG Systems segments have now been combined into a single unit, dubbed North American Fenestration (NAF). Bob Daniels, former president of Quanex IG Systems, now serves as president of the newly-formed NAF. When asked about the status of former leadership for other consolidated units, company officials failed to comment.

“Our number one priority is to be a customer obsessed organization,” Daniels told DWM. “And that means creating an exceptional, seamless experience across all our product lines. Supporting our customers as a singular NAF will enable us to achieve this goal.”

According to the profile provided for U.S. Securities Exchange Commission (SEC) filings, the company’s customers arelargely North American based, including national and regional residential door, window and cabinet manufacturers (the latter of which the company suggests helps to smooth out slower, seasonal periods among doors and windows). Internationally, the company reports that its presence includes vinyl extruded lineals for house systems to smaller customers primarily in the United Kingdom, as well as an insulating glass business in the United Kingdom and Germany. 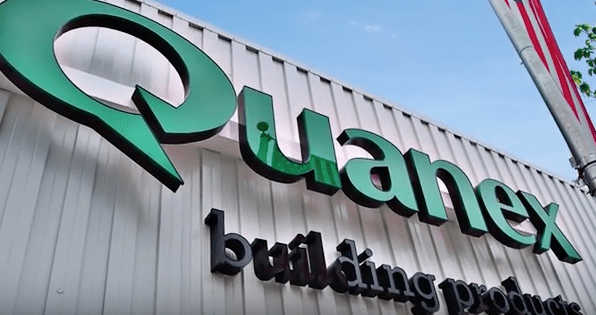 While in its latest SEC filings, Quanex continued to list the Homeshield and Mikron service and/or trademarks as valuable components of its business strategies, it has so far failed to announce whether or not it will maintain those names and related brands going forward. Quanex Homeshield, formerly known as Homeshield Fabricated Products, manufactured door and window components, and related building products, including door jambs and thresholds, head profiles, aluminum astragals, roll forming parts, wood components and insect screens. The company also supplied wood grilles to OEM window manufacturers.

Regarding typical costs for restructuring activities, according to past SEC filings, officials for Quanex suggest they include one-time severance costs, accrue costs associated with the termination of contractual commitments (including operating leases), and costs directly related to restructuring efforts, such as those associated with equipment moving. It is currently unclear which of those expenses apply for recent changes.

Regarding its current consolidation, officials suggest the move is designed to, “streamline operations and increase the ability to stay at the forefront of the ever-changing fenestration industry.” Whether the decision reflects current industry changes, or those anticipated, remains an unknown.