On Wednesday, Window Nation announced that it’s entering into a financial partnership with the Cortec Group, a New York-based private-equity firm. Today, DWM chatted with Window Nation co-founder and CEO Harley Magden about what the deal means for his company, which is one of the fastest-growing in the industry. 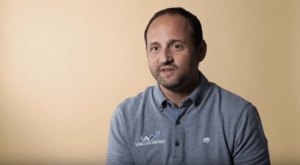 Q. Why did Window Nation make this move?

A. We’ve partnered with Cortec to help us expand our strategic abilities as well as our financial abilities to start our expansion into 10 new markets in the next five years up and down the East Coast and in the Midwest area. If you look at our history, we’ve successfully opened five new markets over the last 11 years. We also want to expand into new products, so we wanted to find a partner who was going to be able to help us do that. Right now, 88 percent of what we do is install windows. We installed over 125,000 windows last year. So 88 percent of our sales, which was roughly $100 million in 2017, was windows. We want to do other things.

Q. Will there be any major changes resulting from the partnership with Cortec?

A. No. My brother (Aaron) and I are the driving force here. We remain the CEO and president. We have complete control over the day-to-day operations and still own a substantial part of the business. Cortec is not bringing anybody in to run the business. They’re not adding anybody to our executive team. It’s still the same core group of individuals.

Q. Can you tell us more about your agreement with Cortec?

A. What we’re looking to do here is a recapitalization, which is basically infuse money into the company to help fuel growth for the future. So we’re relying on Cortec for two things — their strategic advice and the funding. One of Cortec’s biggest success stories is Yeti coolers. They helped Yeti grow their sales 20-fold in the last five years. And that was through a lot of strategy. We’re looking to triple our business in the next five years. Now that we’re backed by a billion-dollar investment firm, it will allow us to access not only new markets, but also things we didn’t have access to before, including money. So if we saw an opportunity to expand via an acquisition, we can do that now. If we see the opportunity to ramp up to three or four locations a year, we can do that now, because we have access to a bigger pool of money if we need it.

Q. Is the rebound in housing and the strengthening economy behind this?

A. Business has been good for us pretty much since we opened. Business has grown from 30 percent to 50 percent per year. Pretty much most of that is organic growth, so we don’t focus too much on how well the economy is doing or how poorly it’s doing. Obviously, we know it plays an important role, but for us, we know it’s a $1 billion market, and we know that the opportunities in our markets continue regardless of economic hardship. We utilize about 50 different marketing vehicles, from TV to radio to video, digital, newspapers and more. And our sales reps go through about 100 hours of training before they go on the road. So it’s just about the systems and the processes and the consistency for us. I mean, it helps when the economy is doing well and the housing market is strong, but even when it’s not, we seem to do really well.