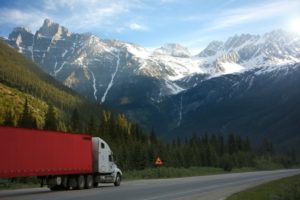 A recent notice of proposed rulemaking could change hours of service (HOS) rules for commercial motor vehicle drivers, including those who transport doors and windows. According to the U.S. Department of Transportation’s Federal Motor Carrier Safety Administration (FMCSA), the rule seeks to give drivers more flexibility and maintain safety limits on driving time while saving the U.S. economy $274 million.

In 2018, FMCSA sought public comment on portions of the HOS rules, which were first adopted in 1937, to alleviate what the administration refers to as unnecessary burdens placed on drivers. FMCSA received more than 5,200 public comments.

Based on those comments, the proposed rule on HOS includes five main revisions:

None of the revisions would increase driving time, according to the FMCSA. CMV operations would still be prevented from driving for more than eight consecutive hours without at least a 30-minute change in duty status.

While the proposed changes won’t have an impact on flat glass delivery times, they will impact commercial drivers’ schedules.

YKK AP’s manager of transportation and logistics Dennis Howard says, “Neither proposed change increases driver’s overall available drive time, but offers the driver much greater flexibility should he/she experience traffic or other delays. These proposed changes seem to be very positive for drivers/carriers as they enhance flexibility with regards to breaks and off-duty time.”

The American Trucking Associations (ATA) intends to review the proposed changes and provide relevant data and information to its members.

“In the 15 years since the last major revisions to the hours-of-service, we as an industry have learned a great deal about how these rules impact our drivers,” says ATA chairperson Barry Pottle. “The valuable experience and data we’ve gained over that time will make it easier to provide flexibility for drivers to get additional rest and find parking while keeping our highways safe.”

The comment period for the notice of proposed rulemaking closes October 7, 2019.