Quanex Building Products technical service manager Tim Harris died on April 22 after a heavy rack of vinyl window framing fell off a forklift and struck him during his visit to the Avanti Industries plant in Glendale, Ariz., according to a police report about the incident obtained by DWM. 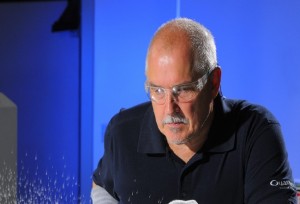 The rack of vinyl was estimated to weigh more than 3,000 pounds, according to the report.

Based on interviews with witnesses, Det. Roger Geisler of the Glendale Police Department said in the report that the forklift operator was unloading the vinyl window framing from a semi-trailer at the Avanti plant when the incident occurred. The driver had been certified to operate a forklift for just over a month and had five months of on-the-job experience with the vehicle, according to Geisler’s investigation.

In addition to police, first responders from the Glendale and Phoenix fire departments treated Harris on the scene before he was transported to St. Joseph’s Hospital, where he died from his injuries.

“At this time we are unable to comment other than our prayers and hearts go out to the Harris family,” Avanti Industries president Jerry Petty said via e-mail.

Rachel Brockway, a spokesperson for the Arizona Division of Occupational Safety and Health (ADOSH), told DWM the state agency is looking into what happened at Avanti, but she said it might be six months before it issues a ruling.

“ADOSH is currently investigating the incident,” she said. “Under Arizona law, ADOSH investigation files are considered a public record only after the investigation is closed or a citation is issued. ADOSH has six months from the date of any accident it investigates to issue citations, depending upon the outcome of the accident investigation.”

Harris, 65, a well-known and respected 40-year industry veteran, had been with Tremco/Truseal/Quanex for 31 years.

Forklifts, while invaluable for moving large loads quickly and efficiently through factories or warehouses, are also among the most deadly workplace hazards.

DWM blogger Jim Plavecsky pointed out in a recent column that a forklift-related fatality occurs in the U.S. every three to four days, with somewhere between 80 to 100 deaths per year, according to Occupational Safety and Health Administration (OSHA) statistics.

OSHA statistics from January 2011 to March 2014 show that forklifts accounted for the most safety citations in the building materials industry with 71, according to recent webinars conducted by the National Lumber and Building Material Dealers Association (NLBMDA).

OSHA’s website says 4,585 workers died on the job in 2013, the last year for which complete statistics are available.