According to the latest predictions by analysts at The Freedonia Group, trends among door and window buyers will tilt toward luxury markets in the years ahead. So far, it appears that sentiment is bearing out in recent moves among manufacturers. In late 2018, manufacturers Andersen and Marvin showed turns toward more premium products—Andersen by relinquishing one of its vinyl brands to focus more on those made of a more expensive, wood-plastic composite material, and Marvin toward more high-end and impacted-rated products through the acquisition of SIW Windows and Doors. Now officials for Pella tell DWM that their company is closing in on its plans to expand Bonelli Enterprises, a San Francisco-based subsidiary that produces high-end and impact-rated doors and windows, with a new East Coast-based facility that’s slated to launch in spring 2020. Meanwhile, the acquisition of Glendale, Ariz.-based Avanti Industries concurrently pulls Pella in a separate geographic direction, while cuing in on an entirely different set of products: vinyl windows and patio doors.

In December 2018, Pella announced that it was expanding the operations for Bonelli from the West Coast to Jacksonville, Fla. While in the past the brand’s focus has remained on the custom market in and around San Francisco, through a $7 million expansion that includes a more than 72,000 square-foot manufacturing facility, the company aims to extend Bonelli’s reach to the southeast. Officials for Pella say there are currently no plans for the new Jacksonville-based facility to produce any of its Pella brand products.

“With this new facility, we’ll be able to better serve customers in the Southeast region of the U.S.,” says David Bonelli, president of Bonelli.

Operations within Bonelli’s new East Coast-based facility are slated to launch on the backs of 15-30 new workers, with an additional 120 to 135 to be added in the years ahead (by 2023, company officials report). And those additions look to be fairly certain, as the company has committed to employing more workers in the region. In a deal that’s laced with enterprise-based incentives (similar to those recently reported for Palmer-Donavin Manufacturing Co. in Wisconsin), Pella draws on city and state-funded packages in order receive $5,000 for each position it creates in the region, ranging upwards to a total of $675,000. Funds are scheduled to be paid out over an eight-year period, beginning in 2020. 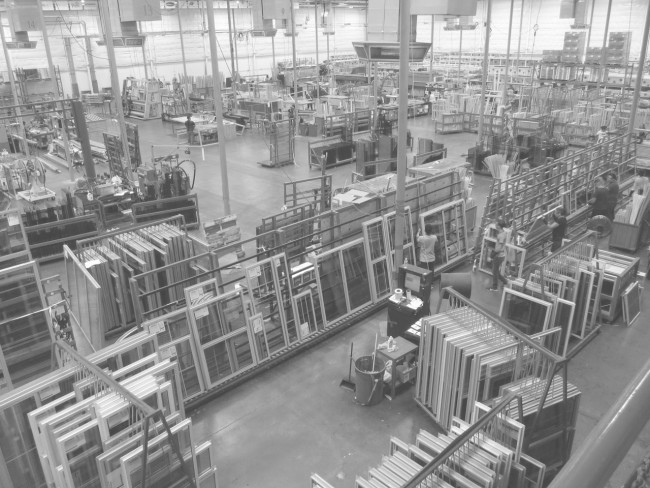 Two thousand miles away from Bonelli’s new Jacksonville plant, the move to acquire Avanti expands Pella’s offerings among vinyl window and patios doors, but company officials report that the move also has to do with more than just products. The acquisition increases capacity for installations throughout the region, while reinforcing Pella’s presence in the Southwest, says Tim Yaggi, president and CEO for Pella Corp. At the same time, the company is banking on further growth for the Avanti brand, which will continue to operate as a standalone company, Pella officials report. According to company information, with locations in Tucson and Henderson, Nev., Avanti currently holds down “19 of the nation’s top 30 single-family homebuilders,” within the region.

“Avanti will continue to provide sales, installation and service to homebuilders from its existing sites,” says Jerry Petty, CEO for Avanti. “Day-to-day operations will remain the same for our team members, and our customers can expect the same business processes and helpful service that they enjoy today.”

Officials for Pella report that the Avanti deal closed December 27. Currently there are no plans for the company to sell or install any Pella brand products.