PCBC Back in its Heydey 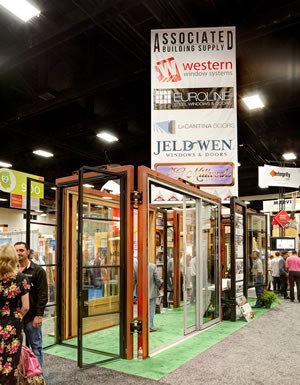 Exhibitors who attended last week’s PCBC, held in San Diego, said the event reminded them of years past due to impressive attendance numbers.

“I have attended PCBC for the past 25 years and this reminded me of its heyday,” said Scott Thurber, general manager, Associated Building Supply Inc., a California dealer, who displayed products from LaCantina Doors, Euroline Steel Windows & Doors, Western Window Systems, JELD-WEN Custom and AG Millworks in its booth. “It reminded me of the days when you would look at your watch and it would be 5 p.m. and you would wonder where the day went.”

He added that in his estimation, especially on the first day, attendance numbers increased significantly from past years.

Bob McDonough of MCM Sales, an independent sales firm for Lincoln and Timeline Windows, agreed. After only four hours in on the first day he was duly impressed.

“If this show ended right now, we had a great show in San Diego and for all of the markets we serve in California,” he said.

He attributed this to high floor traffic and upbeat conversations. Both say the new San Diego venue and the revived economy play a role.

“Maybe the renewed vigor was because the venue changed; it could certainly be attributed to the fact that vendor space was completely sold out or maybe the economy really is improving, finally,” said McDonough, who added that the actual reason may not be the most important factor.

“What does matter is that vendors such as Lincoln/Timeline Windows find value in this show,” he said. “The attendance was incredible and as a result, business will improve. Not only did existing customers find benefits, but because many new connections were made, several new dealers should be added.”

Those who were at the event were looking for differentiation and contemporary designs, according to Thurber.

“We have noticed the trend in contemporary designs and this was also evident at the show,” he said, “so we put these products front and center.”

He also said it was refreshing to see attendees looking for ways to differentiate instead of focusing solely on the price point.

“We serve the luxury residential and commercial market and we are finding that companies are not so focused on price anymore and we see that as a positive indicator,” he added. For so long, price was the main factor so it is nice to see that changing.”