According to a survey conducted by Home Innovation Research Labs, an independent subsidiary of the National Association of Home Builders, the average size of American homes is decreasing. At the same time, the numbers of luxury and move-up homes being constructed and purchased are declining, as buyers veer toward more starter homes, the survey reveals. As builders construct smaller homes, they’re also using fewer doors, suggested Masonite president and CEO Fred Lynch during the company’s first-quarter earnings call earlier this month, leaving the company adjusting to the current market.

Lynch said Masonite performed a survey where it analyzed floor plans from five of the nation’s top homebuilders, evaluating current trends in floorplans and interior doors. According to the U.S. Census Bureau, the size of an average home declined to 2,559 square feet in 2018, compared to 2,689 square feet in 2015. 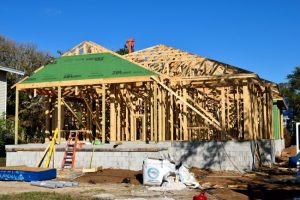 “The base in our data, which include different size home[s] and some multi-family units, puts the average number of [interior] doors at about 19,” Lynch said. “We assumed 21 doors in the past for midsize home[s]. So this data would show about a two-door shift down from a comparable-sized home,” he added, noting “a clear correlation to the number of interior doors and square footage of home[s] and the related trend line.”

Lynch said to alleviate the impact of the current market, Masonite will continue to shift its mix toward higher average unit prices (AUP) and differentiated products.

In the first quarter of 2019, Masonite’s net sales increased 2%, which Lynch credited to growth from acquisitions (5%) and AUP growth (4%) following price increases implemented in 2018. In February, the company introduced new products, which officials said are vital for driving higher AUP.

“Even if there are fewer doors … we do see the demand for those more on-trend styles being represented,” Masonite president of global residential Tony Hair said.

Despite Masonite’s optimistic outlook, the company has experienced some setbacks recently. An April fire at the company’s cut-stock components facility in Stockton, Calif., closed the operation, which officials said it doesn’t plan to reopen. Last year, the company announced plans to relocate that facility to Verdi, Nev., in hopes to allow for better costs management, while also expanding capacity. Meanwhile, company officials reported that it’s aiming for a 10% cutback to manufacturing.  The company denied the closures are due to reduced sales, suggesting the closures are part of a larger footprint optimization plan. Officials also announced plans to rationalize some of its U.K.-based operations to further improve cost structures.

Net sales decreased 1.7% in the North American residential market, Masonite’s earnings call revealed, going from $359.7 million in Q1 of 2018 to $353.7 million in 2019. The decline was driven primarily by a decline in base volumes (9%), a decrease due to foreign exchange (1%) and a decline in sales of components and other products (1%). Diluted earnings per share were $0.15 in the first quarter of 2019, a decrease of 80%, which the company attributes to charges related to its previously announced restructuring actions and divestiture of noncore businesses. Additionally, net income attributable to Masonite also saw a decrease, going from $21 million to $4 million in a year-over-year analysis, which company officials said is due to the same variables.