As manufacturers work to deploy better versions of double and triple-pane insulating glass, outside researchers are developing novel ideas for windows that go beyond additional lites, gas fills and coatings. In February, Dave Cooper, a consultant for the insulating glass industry and president of Fenestration Consulting Services LLC, told [DWM] he’s working with a group of product developers to create a transparent form of aerogel to replace gas fills. “It’s a very tricky formulation and application—to pour and fill the space between lites of glass with aerogel, but it’s totally doable,” Cooper told [DWM]. With more attention gathering around aerogels as an alternative, officials for Sunthru LLC, a Scotia, N.Y.-based company, report that they’re working to deliver a monolithic version of the material, “fulfilling the promise for aerogel windows.” The design will incorporate aerogels into “thin triple” insulating glass units, says John Costa, CEO of Sunthru. Meanwhile, a separate group of researchers at National University of Singapore’s (NUS) School of Design and Environment went a vastly different direction, with double-pane windows that incorporate an 8.5-cm air space between glass lites in order to attenuate sound and provide mechanical ventilation—all without opening windows. 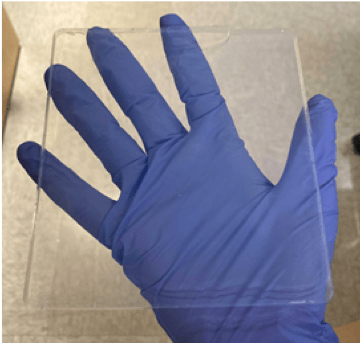 Sunthru’s new aerogel is designed to be incorporated into “thin triple” insulating glass units, in order to boost performance from R-5 to around R-6 to R-8.

While aerogels have long been explored for their potential role in fenestration, numerous factors have held the material back from deployment as a replacement for glass—including a lack of transparency and challenges in manufacturing. With the backing of the National Science Foundation Innovation Corps (NSFIC), officials for Sunthru say that their company has a one-step process that reduces the manufacturing time for silica aerogel monoliths from what normally takes days to just hours. The patented process was developed at Union College in Schenectady, N.Y., and the resulting material is couched as “ideally suitable for daylighting applications.”

“As a direct result, architects and glazing contractors will not be limited by thermal considerations when adding windows to structures,” company officials suggest. “The proposed technology decouples thermal performance from window clarity, allowing end users to experience the benefits of increased natural light without being resigned to low translucency or high heat or cooling loss.”

In order to advance the concept to market, the project aims to develop a simplified method for assembling two prototype windows.

“The material is being designed to be transparent,” Costa says. “We have made great strides recently in updating our formulations and processes to enhance the transparency of our monoliths and hope to achieve even better performance in the future.” The goal includes boosting the performance of “thin triple” IGUs, he says, stepping them up to somewhere between R-6 and R-8 performance (from around R-5).

For their new window, researchers at NUS are keying in on a different angle: the health benefits of noise attenuation and indoor air quality.

“As the global spread of COVID-19 continues, more attention has also been paid to redesigning the built environment and spaces to ensure sustainability, physical well-being and emotional wellness,” researchers suggest. 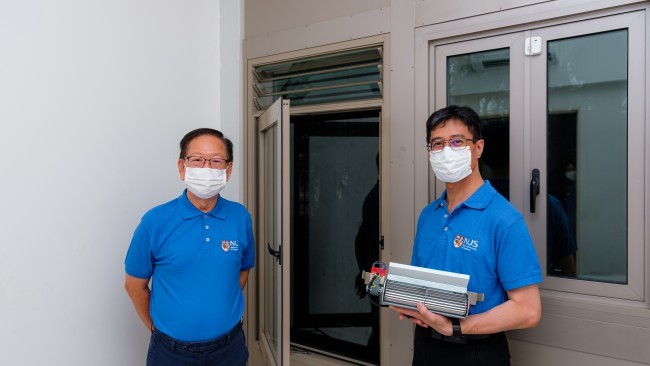 In Singapore, the average outdoor sound level is around 69.4 dB, they say (roughly the level of a vacuum cleaner). For building occupants, the typical solution includes enclosed, air-conditioned spaces. “However, this would mean increased energy consumption and reduced natural ventilation,” researchers say.

Using tracer gas to simulate pollutants, researchers compared two rooms—one outfitted with the AFVW and the other with standard (open) windows. The removal of pollutants occurred four times faster for the AFVW, they say. Meanwhile, by incorporating sound absorbers between lites of glass and along the sides of each window unit, the design reduces typical traffic noise by 26 dB.

“The AFVW provides additional ventilation as well as sound insulation for the indoor environment, and this is particularly important for improving indoor air quality and potentially mitigating the spread of infectious diseases,” says Eddie Lau, Ph.D., senior lecturer and leader of the research team.