The U.S. Department of Labor (DOL) announced on September 24, a final rule to the controversial overtime threshold increase that the DOL says will make 1.3 million workers newly eligible for overtime pay. 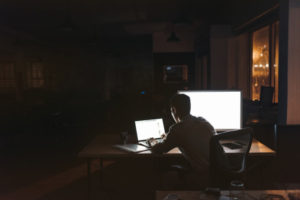 The rule, which raises the overtime salary limit from $23,360 to $35,568 annually, has been a topic of controversy between lawmakers and business owners since its initial proposal about four years ago, at that time calling for raising the limit to $50,440 annually.

Created by the Obama administration, these provisions have been in the works since May 2016 and were originally set to take effect on December 1, 2016, but have been continually blocked.

Twenty-one states and dozens of business groups, including the National Lumber and Building Material Dealers Association (NLBMDA) and the National Association of Home Builders (NAHB), fought attempts to push the rule through, suggesting it had several points that would severely hurt businesses—especially small businesses.

One such concern included the proposed automatic update of limits for future salary thresholds that would be announced only 60 days before its effective date and implemented without opportunity for employers to comment.

However, through the efforts of organizations expressing to lawmakers their concerns, the DOL  has significantly reduced the limit and eliminated the system of automatically updating without comment in the final rule. It also allows for updates to earnings thresholds necessary to exempt executive, administrative and professional employees from the Fair Labor Standards Act’s (FLSA) minimum wage and overtime pay requirements.

Due to these changes, NLBMDA officials released a statement expressing their satisfaction with the DOL’s cooperation and the final results of the rule.

“This is a victory for the LBM industry and we are pleased that DOL agreed with NLBMDA, by name, on key points in the rule,” said NLBMDA president and CEO Jonathan Paine. “The agency’s approach to make the overtime threshold a reasonable level, along with engaging the regulated community for future threshold increases, reflects its diligence in crafting a feasible rule for workers and employers.”

According to the DOL, the key provision laid out in the final rule that will affect businesses in the door and window industry include: