YKK AP America has a plan, and this week marked a major part of its unfolding.

The company announced Tuesday it has opened the doors to its new, 105,000-square-foot Texas facility in the Dallas/Fort Worth Area—a major expansion move by the company. 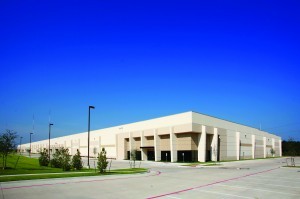 YKK’s new facility, located in Texas, will serve the Dallas/Ft. Worth area. Its opening marks the first time in history YKK expanded manufacturing beyond the state of Georgia.

“This one is actually pretty unique for us,” says YKK AP senior vice president Oliver Stepe, “because it marks the first time in history since the company opened in the U.S. that we’ve established a manufacturing operation outside the state of Georgia. … It’s a pretty significant milestone. There’s lots of internal excitement.”

The expansion initiative conceptualized in the summer of 2012 as one of multiple phases of a five-year strategic plan focused on growth. The Texas facility expansion took approximately a year to execute, with the last two to three months accounting for the move-in process.

The building wasn’t new, so the bulk of YKK AP’s construction at the site—which started in January—consisted mostly of refurbishing.

YKK AP’s main hub stands in Georgia, where the company opened in the U.S. in 1991. It has since built eight regional sales branches focused on smaller-scale production and distributing, but the latest location is on a whole different level and will be dedicated to production, distribution and logistics.

Stepe adds that it will be a major fabrication center for custom aluminum and heavy, impact doors.

The company chose Texas for the big expansion because of its large market for commercial construction, which provides the opportunity for the company to increase its service capabilities in a thriving region.

Previously, YKK AP had a relatively strict focus on the eastern seaboard, so it plans to use the latest expansion as a springboard for a bigger presence on the other side of the country. Then, eventually, it can shift its focus to the west coast and northwest regions, to which it doesn’t actively market as of now.

“Our hope is this will serve as a model for success,” Stepe says of the Texas facility.

The expansion will be an ongoing process through the fall, with services out of the area continuing to ramp up as the year moves along. According to Stepe, it will result in a combination of the reassignment of some current employees and the hiring of new ones.

“By the end of 2014, we plan to employ approximately 40 employees that work through our existing operation in Houston and the new manufacturing center in the Coppell and Dallas Fort Worth area,” says Stepe. “This equates to nearly doubling our workforce in the region since last year. Our plans for the added investment in human resources is to greatly strengthen and enhance service to our customers in the local market.”