New Bill Attempts to Scale Back the LRRP Rule’s Power 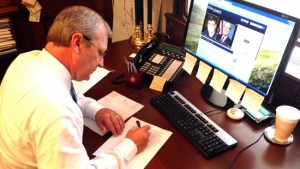 In an effort to reduce the burden the rule has placed on the home retrofit market, Rep. Kevin Cramer (R-N.D.) proposed the Lead Exposure Reduction Amendments Act of 2015 (H.R. 2328)—co-sponsored by eight other members, including one Democrat.

H.R. 2328 is identical to legislation introduced in the last Congress. It would reinstate the opt-out provision to allow homeowners without small children or pregnant women in the residence to decide whether to require LRRP compliance, allow remodelers to correct paperwork errors without facing full penalties and provide an exemption for emergency renovations.

It would also eliminate the requirement that recertification training be “hands on,” so that certified remodelers would no longer have to travel to training facilities out of their region for refresher courses.

The current LRRP rule has generated strong feelings in the building industry. Some say it went too far.

“Since the inception of the EPA Lead Rule five years ago, EPA has expanded the rule beyond its original goal of protecting pregnant women and small children while mismanaging the implementation of the rule and failing to meet its own requirements to produce an accurate test kit,” says WDMA president and CEO Michael O’Brien. “This legislation is a common-sense fix which will refocus efforts on protecting the targeted demographic and was one of the key issues WDMA members lobbied on during our recent Legislative Conference.  We applaud Congressman Cramer for his leadership on this issue.”

NAHB Remodelers chairman Robert Criner, a remodeler in Newport News, Va., commends the bill’s co-sponsors for their “commitment to improve this complicated regulations,” stating: “On the heels of EPA’s final rule extending the recertification deadline for thousands of remodelers, H.R. 2328 will make more common sense improvements for home owners and remodelers who must comply with the lead paint regulation’s costly requirements.”