NAHB Construction Forecast: Normal is On the Horizon

The housing market could take off in the next two years as the U.S. economy continues to recover from the Great Recession, according to the National Association of Home Builders (NAHB) 2015 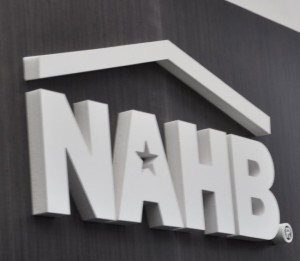 By the end of 2016, single-family housing starts are forecast to hit more than 900,000 units, or about 74 percent of normal. That number could rise to more than 1 million units, or 91 percent of normal, by 2017. Normal is defined by the NAHB as 1.3 million single-family housing starts annually. It’s based on figures from 2000-2003, before the housing bubble took off.

The housing market is currently at 53 percent of normal.

“It’s no longer about the carnage of the housing bust — now it’s about the economy,” said Robert Denk, senior economist for NAHB, during Wednesday’s webinar. “It’s about population and job growth. It’s a very different place than the early rounds of the recovery. I think 2016 has a lot of potential to really accelerate the recovery.”

Denk said the industrial Midwest, with the softest labor markets, will see the slowest recovery, while the “energy states” (which include Texas, Louisiana, North Dakota, Wyoming and Montana) will continue to see strong growth. Other states exhibiting strong employment and housing growth include South Carolina, Utah, Tennessee, Idaho, Oregon and North Carolina.

It’s All About the Jobs

“This recovery is all about jobs,” he said. “If we can get people good jobs, the housing market will continue to move forward.”

While the job growth is impressive, Crowe emphasized that much of it is coming in the lower-wage service sector.  According to the NAHB, total employment in the higher-paying goods-producing sector is down 12.1 percent since 2007. It’s up 7.1 percent in the service sector during that time.

The housing market still faces some headwinds, however.

Crowe said an NAHB survey found that the cost and availability of labor was one of the biggest concerns for homebuilders. More than half of builders are concerned about labor shortages, more than in the peak of the boom from 2004-2007, when the U.S. was constructing twice as many homes a year as it is now.

Wage rates have declined. In 1990, residential construction workers made 14 percent more than general wage rate, Crowe said. In 2014, there were only making 4 percent more.

Additionally, 62 percent of builders report having trouble finding buildable lots for projects, and concerns over building materials stood at 58 percent among builders in 2014, up from 33 percent in 2011.

Also, echoing the consensus of most economists, Crowe said mortgage rates will be going up.

“Face it – we can’t continue to live on 4 percent mortgages,” he said.