New research showing that most Americans are misinformed about whether their community has up-to-date building codes underscores the importance of educating homeowners about the multiple benefits they stand to gain by making improvements to their properties, according to a consumer-advocacy group focused on raising awareness about building safety.

“People make a lot of assumptions, but they don’t know what they don’t know. They assume that if you have to get a permit for something it’s code-compliant, but that’s not necessarily the case,” said Michael Rimoldi, senior vice president of education and technical programs for the nonprofit Federal Alliance for Safe Homes (FLASH), of Tallahassee, Fla.

While the safety for many products, such as automobiles, is regulated at the national level, building codes are largely a local responsibility. This means that while one home might be located in an area with strict standards for doors, windows, electrical systems, plumbing and other components, another could be in a community with weaker structural requirements.

“You’d never buy a car today that has the latest standards from 1986, but people are okay with a home that meets a 2005 building code,” said Rimoldi.

About 80 percent of consumers surveyed by FLASH and its research partners said they believed that they were protected to at least some extent by building codes, and about two-thirds said they would be very concerned to learn that they didn’t live in area with a building code. Yet an analysis the group did of more than 23,000 U.S.-based towns and cities deemed at risk of hazards related to floods, high winds, hurricanes, earthquakes or tornadoes, found that 69% lacked current and relevant structural building codes. 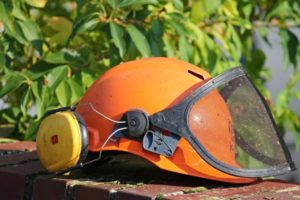 age people to prepare their properties to survive high winds, flooding and other adverse weather conditions. The group developed a website that lets users find local building codes by providing their home’s address.

The organization’s officials hope that Americans will respond by pressing local officials to strengthen building codes as a way to make homes safer and less susceptible to damage, Rimoldi said. One of the challenges FLASH is trying to overcome, he said, is that people often feel that there is little benefit to paying more for materials that could protect them from events they might never have to deal with.

“People will pay thousands of dollars for granite countertops, but then they’ll have to put up plywood outside their windows when a storm comes,” he said.

To combat this perception, FLASH is working to convince people that the value of beefing up homes to better withstand the elements outweighs the associated costs—and to make them aware that it can be worth asking contractors and builders they work with to use better-quality materials, even if they are not required to do so.

For example, putting storm-resistant shutters, doors and windows into a home located in an area prone to rough weather might not be required by local authorities—and therefore be seen as unnecessary due to costs—but installing those items can also help make a home more energy-efficient, comfortable, quieter and resistant to intruders, suggested Rimoldi.

“I always get naysayers who say I’m doing all this and will only experience one hurricane in my lifetime,” Rimoldi said. “But people can reap benefits even if they never experience a disaster.”