“Just add a window.” To the average person, that sounds simple enough. Until they get a detailed quote from a door and window (or remodeling) contractor, including things like cutting back and refinishing the interior and exterior facades, adding jacks and headers to framing, and the multitude of other alterations that go along with adding fenestration. So why not just use today’s technologies to trick the brain into believing a window is there? That’s the technique product developers at Mitsubishi Electric Corp. are aiming for.

In September 2018, Mitsubishi announced that it was developing an indoor-lighting technology designed to mimic the natural daylighting effects of windows. Now a representative for the company tells DWM that Mitsubishi’s developers are closing in on the concept, planning for deployment in 2020.

“We are currently conducting hearings with potential customers,” says Niels Meinke, one of the company’s public relations representatives. It goes without saying that some of them could otherwise be customers of door and window companies. 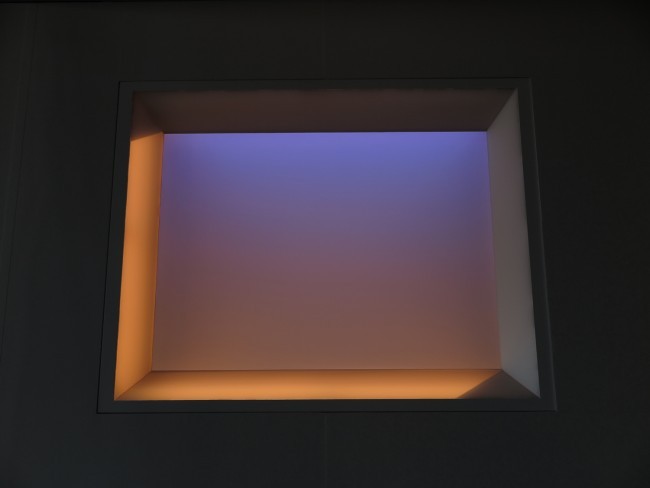 In order to replace fenestration, Mitsubishi’s technology utilizes thin-panel, LED systems to produce, “highly natural light, including colors similar to those of sunrises and sunsets as well as blue skies, and creates a sense of depth to make indoor spaces feel larger and more open,” officials for the company suggest. Meanwhile, the colors of the system’s LED light source are controlled automatically throughout the day, in order to replicate the transitions of natural light. According to company information, the product is being developed for spaces, “… that have darkened or covered windows or no windows altogether.”

Research suggests that light is the primary stimulus for things like alertness and performance in humans, and that natural cycles dictate how our minds and bodies react to those stimuli throughout the day. The question is: Can those effects be generated through artificial light? Numerous studies suggest that Mitsubishi might be onto something. 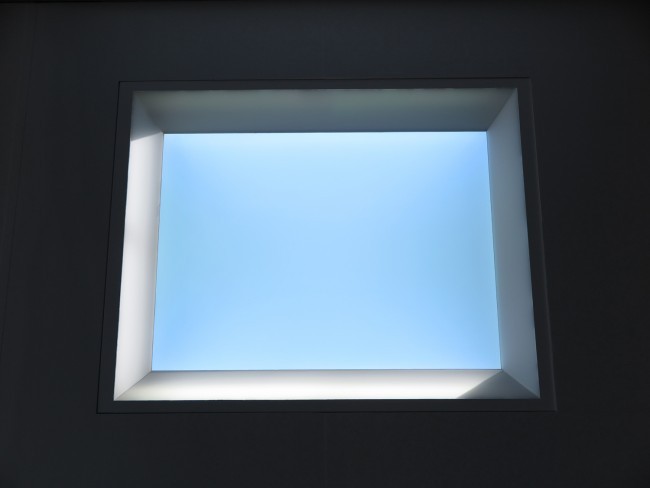 For instance, in her 2013 thesis, titled, “How To Simulate A Natural Daylight Environment Using Artificial Lighting a Study on the Circadian Cycle and Ways to Control it by Light,” Ida Evenson, with University College London, cites studies conducted in 2011, showing that, when dynamic light sources were implemented in schools, there was an increase in reading speed among students by 35 percent. The same study suggests that students were also better at concentrating, thereby reducing errors by 45 percent, while hyperactivity within the classroom was reduced by 76 percent.

Nonetheless, an attempt to simulate daylight in an artificially-lit space is an attempt to fool the brain. And in order to do so effectively, research indicates that artificial light sources must diffuse and distribute light in both horizontal and vertical directions—the same as sunlight. For this reason, rather than emit from a backlit source (like flat-panel televisions, for instance), Mitsubishi’s technology uses a proprietary edge-lit and light-scattering system to mimic the patterns of daylight.

In addition to constant “blue skies,” Mitsubishi’s concept also offers additional benefits. LEDs do not radiate heat, or contain UV, researchers point out. And while windows inevitably introduce openings that—even with the best insulating glass—fall short of the R-values found in insulated walls, Mitsubishi’s less-than-four-inch-thick panels can be surface mounted. At that rate, “The quality of artificial lighting may never match natural daylight, however, creating a perfect simulation may not be needed if one can simulate all the positive effects,” Evenson suggests. In other words, should Mitsubishi’s developers crack the code on natural daylight, the only advantage left for windows might be the real-life views they provide. Is the technology likely to show up in single-family residences? Probably not. But, if it comes to fruition, Mitsubishi’s technology could eliminate somefenestration in someoffices and other commercial buildings.