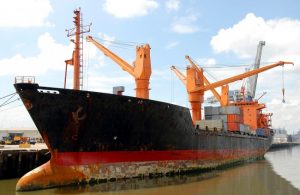 The Coalition of American Millwork Producers (CAMP) filed a petition with the U.S. Department of Commerce and the U.S. International Trade Commission (ITC) yesterday to impose antidumping and countervailing duties on China and Brazil for wood mouldings and millwork products.

CAMP, an alliance of large and small American-millwork producers, filed antidumping charges against both countries alleging dumping margins of 269% on products from Brazil and 362% on products from China. The alliance also filed countervailing duty petitions against China, alleging more than 35 Chinese government subsidy programs illegally benefiting the Chinese industry.

“Producers from China and Brazil have captured a large and growing portion of the wood mouldings and millwork market by dumping products in the U.S. market, taking jobs away from hard-working Americans,” said Timothy C. Brightbill, trade counsel to CAMP. “Our cases aim to stop the surge of dumped and subsidized wood mouldings and millwork products in the United States and level the playing field for American businesses and workers.”

According to the press release from CAMP’s legal representative on the trade cases Wiley Rein, the petitions urge U.S. officials to impose duties on wood moulding and millwork products from the two countries as a way to offset the alleged damage to the U.S. market.

The industry injury according to the petition includes lost production, shipments, workers, and hours worked from 2016 to 2019. Furthermore, the petition claims that gross, operating and net profits fell sharply during the same period, despite strong U.S. demand while the Brazilian and Chinese imports have taken substantial market share. The two countries’ market share increased by more than 10 percentage points over the three year period while the U.S. market share fell by 7 to 9 percentage points during the same period, alleges the petition.

The scope of the products addressed in the petition includes wood mouldings and millwork products that are made of wood, laminated veneer lumber, wood and composite materials, and woodwork or building materials that are produced in a mill or otherwise undergo remanufacturing. In 2018, total sales of these products in the U.S. were approximately $1.3 billion, the cases also highlighted.

While the petition cites data used by another millwork association the Moulding and Millwork Producers Association (MMPA), officials statement to [DWM] neither supported nor condemned the petition’s stance, simply saying they would be watching.

“Free trade is key to manufacturing success. MMPA is committed to promoting free trade aligned with the principles of free trade policies,” said CEO and executive vice president of MMPA Kellie Schroeder. “The question of whether it is fair trade, as filed by the CAMP petition against China and Brazil, will be determined by the U.S. Department of Commerce and ITC. As the MMPA membership includes international moulding and millwork products manufacturing companies, we will monitor the trade filing closely.”

CAMP reported through Wiley Rein that trade case investigations can take up to 12 months from start to finish while preliminary duties to offset unfair trade can be imposed approximately four to six months after petitions are filed.