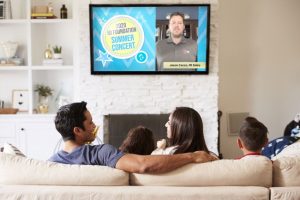 The MI Charitable Foundation raised more than $440,000 earlier this month during its Summer Concert, which featured performances from chart-topping musical artists Jason Derulo and Rachel Platten. It’s the most money raised in the six-year history of the event.

The concert, moved online due to the COVID-19 pandemic, was a two-hour extravaganza that featured musical acts, celebrity cameos, and informational videos from the MI Charitable Foundation and its partners. The Harrisburg, Pa.-based band “Smooth Like Clyde” opened the evening with a series of popular covers, followed by Platten, who sang her 2015 hit “Fight Song” during her performance. Derulo, whose hits include “Whatcha Say” and “In My Head,” capped the evening with an eight-song set. 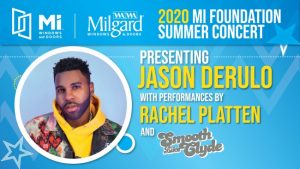 “It was a terrific night from start to finish,” MI Windows CEO Matt DeSoto said. “Not only did we feature some phenomenal musical acts, but we were able to shine a light on many of the causes that our Charitable Foundation supports.”

Those interested can still view the concert at miwindows.com/2020 concert. The MI Foundation will continue to accept donations for this event through the end of August. Donations may be made from the aforementioned website, or by texting “MI Concert” to 717-423-3255.