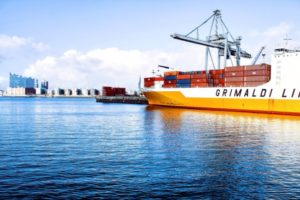 In a move to halt illegal immigration, President Trump has said that the U.S. will impose a 5% tariff on all goods coming into the U.S. from Mexico, beginning June 10. In a tweet last Thursday, the president threatened to increase that tariff rate gradually until “the illegal immigration problem is remedied, at which time the tariffs will be removed.”

The U.S. imports close to a half-billion dollars in flat glass, aluminum fenestration and related products from Mexico, according to International Trade Centre’s most recent calculations (based on U.S. Census Bureau data).

The parent company of Vitro Architectural Glass, a major supplier of float glass in the U.S., is based in Mexico. However, the company manufactures glass in the U.S. since purchasing the assets of PPG’s glass business in 2016. Saint-Gobain also manufactures glass in Mexico. It’s unclear how much of that glass is shipped to the U.S. for use in windows and other fenestration products. Meanwhile, officials for Saint-Gobain declined to comment on how the 5% tariff might impact their company.

The tariff threat comes two weeks after the U.S. agreed to lift steel and aluminum tariffs, initially imposed on Mexico and Canada last year, which was seen as a step toward ratifying the U.S. Mexico Canada Agreement, a proposed replacement for the North American Free Trade Agreement (NAFTA).

In a letter released last Thursday, Mexican President Andrés Manuel López Obrador announced he would send a representative to Washington, D.C., to pursue an agreement that would benefit both nations. Jesús Seade, Mexico’s top diplomat for North America, told the Mexican media that if the tariffs were to be imposed Mexico must respond forcefully.