Marvin recently announced Rick Johnson as its first-ever chief digital officer (CDO). Johnson joins the company’s senior leadership team and will oversee the design of its future state enterprise technology and digital strategy, as well as its data and analytics initiatives, officials said. 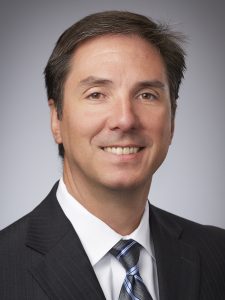 “Leveraging the power of technology remains central to our growth strategy at Marvin,” said Paul Marvin, CEO. “Rick’s successful track record of leading organizational change across diverse technology and manufacturing organizations makes him a perfect fit for this inaugural role. He is adept at driving complex organizational transformations at the size and scale at which Marvin is planning to grow to in the future, and I am confident in his ability to continue advancing our capabilities.”

Johnson was most recently at Sonoco, a $7 billion packaging manufacturer, where he and his team oversaw technology services that supported 300-plus sites and plants in 33 countries.

In August 2020, Marvin elected Johnson to its board of directors. He will depart the Marvin board and focus on his responsibilities in his new role as CDO, officials said.

“I have enjoyed the opportunity to oversee, guide and support Marvin’s business and leadership on the board of directors the past two years,” said Johnson. “I’m eager to further the company’s significant transformation that will heavily leverage modern technology across digital, automation, data and analytics.”