A confidential mediated settlement in a recent construction-defect lawsuit in California once again highlights some of the biggest problem areas for builders, including faulty installation of flashing around doors 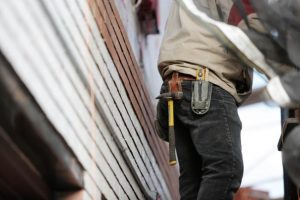 Under the terms of the final agreement, the identity of the property, the defendants and the insurers were not revealed. While that’s not uncommon, the CEO of the law firm involved in the case says it’s not an ideal situation.

“When insurance companies pay out tens of millions of dollars for construction defect claims, they require a full and complete release for all current and future claims as well as strict confidentiality,” said Thomas E. Miller, CEO of The Miller Law Firm. “Secrecy becomes the norm, and it prevents consumers from knowing which builders have a pattern of shoddy workmanship, which results in unsuspecting and often disappointed buyers. But, in the end, homeowners associations are willing to accept these terms in order to provide such large recoveries to rebuild their communities.”

The mid-rise condominium project was completed in 2006. According to the law firm, construction defects began to appear in 2015, including improper integration of door and window flashing causing water intrusion and corrosion, a lack of adequate drainage and waterproofing membranes affecting private balconies and elevated walkways, extensive stucco cracking, plumbing and mechanical concerns, roof leaks caused by improper sloping, and poor installation of the original roof system and ventilation.

Chip Gentry of the Call & Gentry law firm in Jefferson City, Mo., who specializes in legal issues facing door and window companies, says the chain of liability in most cases such as this usually flows from the project architect, to the general contractor, to numerous sub-contractors and back up the chain – and fenestration is a common culprit.

“Allegations from condo associations often involve inadequate installation of drainage and waterproofing membranes, improper integration of window and door flashing, and the improper harmonizing of various dissimilar materials within the wall system,” he says. “Such deficiencies and defects, per the allegations, lead to water leaks, damages, and substantial exposure to the individuals and entities that had a piece of the project.”

Gentry says construction companies must take steps early in the process to reduce or even eliminate their exposure to lawsuits.

“When projects are reviewed from the beginning making sure all proper project documents (specifications, elevations, shop drawings, etc.) all match with what is intended, schedules are maintained, and project management has proper quality control protections in place (field testing, etc.), mistakes can be reduced and eliminated well before substantial completion of the project,” he says. “It is imperative that each trade involved in the project has an understanding of the project’s design and how the project is actually being constructed in the field. Waiting to find out the design was improper or the actual construction was improper years down the road exposes your company to substantial risks that can be best mitigated on the front end with clear communication and a clear understanding of the project’s scope and your company’s role.”