The Lisec service and training teams moved into a new building in January. The facility, located in Seitenstetten, Austria, officially opened April 29. 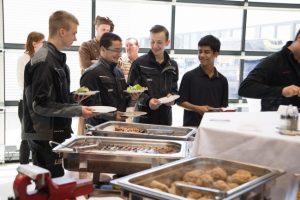 Lisec invested approximately $5.2 million in the 13,000-square-foot training hall and 10,000-plus square-foot office building. In the training hall, the company installed a shuttle system, an insulating glass line, processing machines and a cutting line, among other equipment.

The adjacent office wing includes approximately 40 workplaces, as well as training rooms with direct access to the machine hall.