Leaders from Roto North America traveled to Connecticut recently to attend and judge the Connecticut Invention Convention (CIC) State Finals at the University of Connecticut’s Storrs campus. During the convention, approximately 850 invent 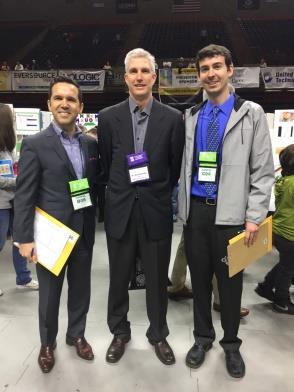 ions were on display for the more than 8,000 inventors, parents, judges and business leaders attending the event.

The CIC is a nonprofit educational program focused on developing and enhancing critical thinking and problem solving in children through invention, innovation and entrepreneurship. During the convention, young inventors competed for awards, grants and sponsorships from corporations, foundations, individuals and academic institutions

The contest judges included Chris Dimou, Roto North America’s president and CEO, and Adam Bristol, Roto Frank of America’s manufacturing engineer. Dimou is a member of CIC’s board of directors.

Winners from the finals will go on to participate in the National Invention Convention and Entrepreneurship Expo.