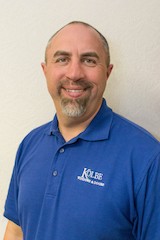 Kolbe & Kolbe Millwork Co. Inc.  promoted Brett Danke to serve as director of manufacturing. He will work closely with Kolbe’s vice president of manufacturing, Keith Koenig, to oversee the company’s manufacturing facilities in Wausau and its continuous improvement efforts.

For the past six years, Danke has served as Kolbe’s facility services manager responsible for inside and outside maintenance, electrical, machine shop and engineering areas. He joined Kolbe in 2001 as a manufacturing engineer, advanced to senior process engineer and consulted as part of the company’s continuous improvement team.

“Brett brings a strong work ethic and team atmosphere to his new role, he will continue the excellence in manufacturing that Kolbe is known for,” says Koenig.