The court granted a motion recently, allowing plaintiffs to file a supplemental motion for leave to amend to add additional plaintiffs in a consolidated class action antitrust lawsuit against door manufacturers Jeld-Wen Inc. and Masonite Corp. 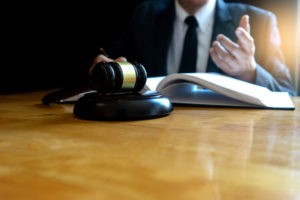 The class action, which was originally filed in October 2018, had previously seen the judge grant in part and deny in part a motion to dismiss from defendants Jeld-Wen Inc. and Masonite Corp.

The plaintiff, consisting of several direct and indirect purchasers, argued that the two defendants had conspired together to fix prices. Judge John A. Gibney Jr. dismissed several claims from the plaintiffs to invoke the laws of 25 states in which none of the plaintiff members had a presence. However, the court also said in a memorandum of opinion filed on September 18 that the allegations of parallel conduct plus factors were sufficient to survive a complete dismissal. The amended consolidated class action request from plaintiffs followed soon after on October 2.

An approved amendment would add seven new plaintiffs to the group of dealers reopening the claims under the state laws of Kansas, Maine, New Hampshire, Virginia and Wisconsin.

One of the defendants, Masonite, filed a memorandum in opposition to the amended consolidated class action complaint request on October 16, stating “adding new parties at this late stage jeopardizes the Court’s scheduling order and risks needing to extend existing deadlines, for no good reason. Allowing such an amendment would be both futile and prejudicial to Defendants.”

According to the judge’s order, the court is permitted to allow a party to amend its pleading “when justice so requires.” They may also deny a pleading only when:

In the order filed on October 31 the judge states, “The defendants have not met any of the three requirements that would justify denying the motion for leave to amend. Accordingly, the Court grants the motion.”

The judge’s order allows the plaintiffs until November 12 to file a supplemental motion to support the amendment.