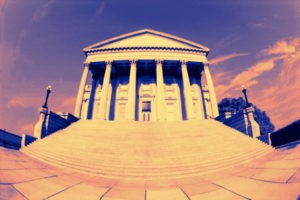 Judge Payne banned Jeld-Wen from presenting a number of trade secret claims citing that the allegations had already been thoroughly addressed in his own court in Richmond, Va.

Jeld-Wen first brought claims against Steves for allegations pertaining to trade secrets amid a suit filed against Jeld-Wen in June 2016 charging Jeld-Wen with anti-trust violations. In October 2018, an initial trial-by-jury ruling came down in Steves’ favor finding Jeld-Wen guilty of anti-trust violations. The federal court ruled that Jeld-Wen was overcharging the company for molded door skins, awarding Steves $58.6 million in damages. Later, that ruling was upheld by Judge Payne with the total, when trebled, reaching $174 million.

In a final judgment issued on December 5, 2018, to restore competition to the market for door skins, Judge Payne ordered Jeld-Wen to divest its Towanda, Pa.-based manufacturing plant. A subsequent request by Jeld-Wen for a new trial was officially denied.

But the defendant refuses to quit fighting. On April 12, Jeld-Wen followed through on a promise to appeal, asking that Judge Payne be removed from the case.

In September 2017, Jeld-Wen filed a case in Texas that Judge Payne claims is nearly identical to the trade-secrets case presented in Virginia. In a memorandum of opinion filed August 16, 2019, Judge Payne responded by enjoining the company from re-litigating its claims.

In a statement that followed the memorandum of opinion filed August 16, officials for Steves praised Judge Payne’s decision, alleging that Jeld-Wen’s attempts to re-try the case were “just another play on their part to find a jury that would agree with them …”. The company filed its appellee’s brief in the 4th Circuit Court of Appeals the same day.

Jeld-Wen failed to respond to [DWM]’s requests for comment by press time.