Jeld-Wen Must Pay Another $7M to Steves in Antitrust Litigation 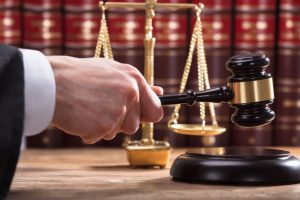 On November 19, a Virginia court judge issued an order in favor of door manufacturer Steves and Sons’ (Steves) motion for further relief requiring defendant Jeld-Wen to pay an additional $7 million on top of the amount Steves already won in a February 2018 verdict.

Judge Robert E. Payne released a memorandum of opinion agreeing with Steves’ claims, filed in May this year, that Jeld-Wen continued to overcharge for doorskins in violation of the two door manufacturing companies’ supply agreement after a jury ruling in Steves’ favor.

“Both parties agree that Jeld-Wen owes Steves for overcharges,” the memorandum of opinion states, “However, the parties disagree as to how to calculate those damages.”

Jeld-Wen and Steves both submitted calculations from experts for total damages associated with overcharges, with Jeld-Wen’s estimate coming out to somewhere between $2.7 million and $5.7 million and Steves’ estimate at around $7 million.

This is the latest blow for Jeld-Wen in a long legal battle between the two door manufacturing companies that started in 2016.

In response to the most recent ruling in favor of Steves’ request for further relief, Jeld-Wen issued a statement on November 21 expressing the company’s intentions to continue fighting. Jeld-Wen announced that it will seek a stay of this decision as it continues to appeal the underlying judgment.

Steves’ attorney Marvin G. Pipkin said in a statement released by Steves’ on November 22 that the company plans to seek further damages for the overcharge costs since filing in May, which come out to around another $3 million.

“Unless Jeld-Wen corrects its prices, the overcharge damages will continue to pile up by approximately $500,000 every month,” said Pipkin.

While Steves president Sam Bell Steves II added, “All of us look forward to returning competition and choice to this industry – not just to Steves, but to the other independent door manufacturers around this country who have no sourcing choices due to an adjudicated antitrust violation.”